Is JD on his last legs? 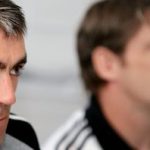 One point in 54 minutes is not the kind of return Kildare have come to expect from John Doyle but he had the even stranger experience of watching the final 16 minutes from the substitute’s bench.

Against Dublin, the leader of Kildare’s attack was subdued to such an extent that Kieran McGeeney took the unusual step of removing him from the field in the 54th minute.

Doyle’s importance to Kildare is underscored by the fact that he has startd 65 consecutive championship matches since making his debut back in 2000 – a figure that includes every one of Kieran McGeeney’s 34 games in charge of Kildare. Doyle has often been McGeeney’s captain on the pitch but he has always been his talisman, which is why McGeeney has only substituted him six times in those 34 games. For a man who is now in his mid-30s, he has played an incredible amount of championship football during his fourth decade.

Doyle was virtually indispensable for the first four years of McGeeney’s reign. He was only taken off once in 2009 – relieved of duty for the final seven minutes of a game that was already won against Wexford – and the only other time he left the fray early was at the end of normal time in the 2011 All-Ireland quarter-final against Donegal. Even then he returned to the fold in extra-time. Doyle had spent that season at midfield but the increased workload did not affect his amount of playing time.

Last season things started to change for Doyle and McGeeney. Three times he was substitued and for the first time ever under McGeeney, Doyle was called ashore while the game was still in the melting pot. With 20 minutes to go in last year’s Leinster SFC semi-final against Meath, Doyle was on the sideline – the first Kildare man to be substituted.

By the time Doyle departed this year’s Leisnter semi-final against Dublin, there was little he could do but it was yet further evidence that he needs someone to take the baton from him. His on-field contribution against Dublin was signficant, at least in the first half. He supplied the final pass for Paddy Brophy’s goal and was involved in 10 first half plays, scoring twice. Although he only converted one of two first half frees, he was the man fouled each time.

Apart from the missed free in front of the uprights, Doyle’s only sin was not getting on the ball more often. His passing was perfect – five from five – and he was causing Dublin problems. Sadly he was powerless to prevent the onslaught after half-time and he only touched the ball twice before being called ashore in the 54th minute.

Is it a case that Doyle’s powers are waning or is his manager losing faith? It’s quite possible that Doyle would be retired from inter-county football by now were it not for the continued presence of McGeeney as his manager but few players haven their county as much as the Allenwood maestro has over the years. As Kildare embark on their latest qualifier run, the fans may well be witnessing the end of a glorious career without realising it. The question is, can the curernt Kildare team give Doyle the kind of send off he deserves?