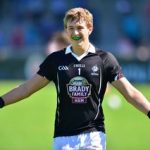 There promises to be a bonanza of footballing action for Kildare supporters next week with no less than three inter-county teams facing into huge games.

It all begins on Saturday evening when the senior team play host to Louth in round 2 of the qualifiers. Kieran McGeeney’s squad will be looking to bounce back from the demoralising defeat to Dublin at the Leinster semi-final stage.

Kildare remain unbeaten under McGeeney in the 15 qualifier games but will need to be at their best when Aidan O’Rourke leads the Wee County into town.

McGeeney is not without his injury worries leading into the game though. Long term absentee Brian Flanagan is definitely out as is Ollie Lyons who recently dislocated his shoulder in a challenge game against Kerry. Eoin Doyle hasn’t featured for Kildare since the May bank holiday weekend and won’t be in contention to start Saturday’s game but having joined in some light training there is a chance that he could feature on the substitute’s bench. He will have to join in some contact football with the team before the end of the week if that is to happen.

Alan Smith is also a doubt after he broke a thumb while playing a league game for Sarsfields against St Laurence’s last Wednesday. While the thumb is broken, the injury isn’t as severe as first feared and there is a possibility that he could play with strapping on the injured area.

The team had to relive the horror of the Dublin game again last Tuesday (2 July) when they sat down to go through a video of the game . Last Wednesday a number of fringe players lined out for their clubs in league games and they were back in training last Thursday with Louth now the focus of their attention.

On Sunday, Bryan Murphy will lead out the minor team at Croke Park against Westmeath in the county’s first Leinster final since 2009. That day Kildare were mere seconds away from beating Dublin at HQ before losing a replay after extra-time. Having beaten Dublin last week, hopes are high that Kildare might now lift the county’s first title at the age grade since 1991.

Sarsfields Diarmuid Hartley is an injury doubt having picked up shoulder injury requiring him to be replaced after just eight minutes of the semi-final win but Murphy will hope to pick from a full strength panel other than that.

The Tommy Carr led Westmeath beat Meath in Navan by 0-11 to 1-6 to reach their first provincial final at the grade since they beat Dublin in the 2000 final.

Then on Sunday evening, the Kildare juniors play Sligo in the All-Ireland semi final in Pearse Park. It’s Kildare’s second appearance at this stage in three years and Dermot Finn will be hoping for a repeat of the 2011 game against Lancashire that ended with a four-point Kildare win.