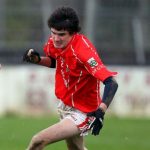 MOOREFIELD, Monasterevin and Confey lead the way in the Club All-Stars after Round 2 of the Kildare Senior Football Championship.

The Kildare Nationalist team of the round features two players from the Moores – sharpshooters Eddie Heavey and Niall Hurley-Lynch; two from Confey – midfielder Hugh Lynch and freetaker supreme James Gately; while last year’s intermediate champions Monasterevin made a big impression in round two with roving defender Eoin Stapleton and towering midfielder Lenny Havens.

In top scorers chart, Athy’s James Eaton still leads the way despite only scoring 0-1 in round two against Sarsfields. However he is now joined by a familiar name at the top, Allenwood’s John Doyle. Both men have scored 0-13 so far this season, Eaton bagging 2-7 while Doyle has 13 points to his name.