It looks as if Paschal Kellaghan is set for a busy 2014. 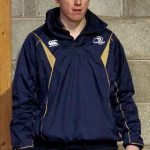 The former Offaly intercounty star stepped down from his position as manager of Monasterevan this year after returning the club to the senior ranks. He has already agreed to take charge of the county minor team in his home county and he is also set to be ratified as manager of Athy for the coming year at a meet-ing within the club tonight.

Meanwhile, Kildare manager Jason Ryan says that Brian McGrogan of Moorefield is set to be working as part of a strength and conditioning team as he continues to work towards putting the best backroom team possible in place.

“Our strength and conditioning team isn’t finalised yet, it will be another while before everything is in place, we’ll announce it when everything is ready,” said Ryan. “The way we want to try to run it is that we will have an overall head person in charge of the strength and conditioning team but we’ve been in touch with DCU, Limerick IT, Tallaght IT and Blanchardstown IT. They all have specific strength and conditioning courses. What we are looking for is Kildare graduates from the last few years and current students from Kildare. We’re trying to put together a structured system where the head person will have experience of professional sport and then under them there would be a number of interns working. They would be not as experienced but they would be all Kildare people and we’d be hoping that they’d filter in to development squads, minors, under-21s and seniors in the years to come. They would then have the opportunity to learn from the person at the top of that pyramid.”

Ryan hopes this pathway will benefit Kildare GAA in the long run.

“It’s really interesting the guys who are coming to light. Each of those colleges have put advertisements on their websites for them. It just takes time to bring in the right people that we want. It’s a process that we feel is worthwhile and the benefits won’t be for just this year but over a number of years. If we can find dynamic, enthusiastic Kildare people who want to work in Kildare GAA and if we can help them in their training and development then they will be people who will want to stay working with Kildare GAA for years to come,” he said.

Screening and injury prevention is another important factor at this time of year.

“David Lyons (brother of Ollie) is going to be heading up our team of physios and we’re ahead of schedule with various things that we want to do in that area. David is very well organised, he’s done a great job in restructuring how we deal with sports injuries within the group. His organisation is working in a number of different ways, it allows us to highlight potential injuries before they happen,”he said.

As Ryan continues his search for players, there will be one final trial game in Naas GAA club tomorrow.

“There has been so many guys that without the club managers and without the club contacts we wouldn’t’ have been able to run them. We have a game now on Tuesday night in Naas which will be our last game, after that we can’t do anything collectively until December. We’ll be making additions to the panel after that game and trying to get guys to meet up with our screening team and we can give them suggestions as to what they should be doing in their programme so they are ready to go at the start of December. We will have an extended panel through December, prior to Christmas there will be some players cut and during and after the O’Byrne Cup there will be more cut. we’re hoping that this will benefit the senior and junior team. Maybe there will be some guys not quite ready to make the step up to senior football but we are hoping that we can create a platform that they might be able to join in during the summer if we were down on numbers or certainly to try get them stronger and fitter and maybe get them ready to make an even stronger push for a place on the panel in 2015,” said Ryan.

Shocks, Near Shocks, And Near Misses – It’s The Championship, Baby -The Supporter