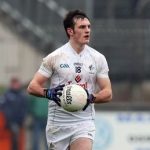 Three of last year’s championship side look are set to miss the start of the National League. Captain Eamonn Callaghan, versatile defender Eoin Doyle and attacking star Niall Kelly are all recovering from hip surgery and all three will be out until March.

“We’re hopeful Niall will be back for the first round of the Leinster under-21 championship (5 March),” said Ryan on Monday, who doesn’t expect Callaghan or Doyle to return until the middle of the National League campaign. Kildare will also be without 2010 all-star Peter Kelly for the next month as he recovers from knee surgery. The Two Mile House man is hoping to be fit for his club’s junior club all-Ireland semi-final against Emyvale on 26 January.

Ryan’s current Kildare panel numbers 55 players although it will be cut to around 35 at the end of the O’Byrne Cup, which begins this Sunday at home against Athlone IT. There will be two county teams in action on Sunday as Ryan also fields a side against Tipperary in a challenge game at Hawkfield on Sunday morning.

The Lilies played the Kildare under-21s on Monday, 30 December and have also scheduled a game against Waterford on 14 January. Ryan will be without defender Morgan O’Flaherty – who was one of McGeeney’s most consistent performers – as the Carbury man opts to take a break from the inter-county game. A succession of injury problems have left O’Flaherty struggling for fitness so he will return to his club, who will be managed by Clane’s Sean O’Dea in 2014, in a bid to get himself back in shape. O’Flaherty could return to the panel during the year.

Keith Cribbin, Alan Smith and Jonathan Byrne will be unavailable for the O’Byrne Cup. Cribbin and Smith are absent after undergoing groin surgery while Byrne, who was one of 10 under-21s in last year’s squad, is due to have an operation on his wrist. The Kildare management team are hopeful of having all three players back in contention for a starting place when the National League gets underway on 2 February against Mayo.

Of the new recruits to Ryan’s panel, Sarsfields’ Ray Cahill is currently out of action because of a hip injury while Monasterevin’s Paul Kelly is out with a broken nose. Kildare will be without Daniel Flynn this season, as he begins his first year in the AFL with Aussie Rules’ side Port Adelaide although Johnstownbridge clubmate Sean Hurley will not be joining Flynn in Australia having failed to secure a contract with Freemantle Dockers. Hurley had a trial with Freemantle in November but is now back with the county senior panel.

Kildare lost Dermot Earley and Ronan Sweeney to retirement last year while Seanie Johnston, who completed a controversial transfer to St Kevin’s in 2012, has left the panel after moving back to his home club, Cavan Gaels.

The Kildare Senior Footballers will hold a Race Night in the Courtyard Hotel in Leixlip on Friday, 10 January at 8pm.

Horses, priced at €10 each, can currently be bought from any of the players or management. Race sponsors, at €50 each are also required. Contact team liaison officer, Morgan O’Callaghan, on 086-8031204 if you wish to support the night.

By Brendan Coffey
Sports Editor
@coffeybrendan
Email Journalist
Contact Newsdesk: 045 432147
"
Ryan's current Kildare panel numbers 55 players although it will be cut to around 35 at the end of the O'Byrne Cup"