Latest: A former mayor of Kilkenny has said that opposition to the planned mosque and Islamic centre in the city was not an issue of religion, but one of traffic management.

Marie Fitzpatrick, who is a resident of Bishop Birch Place, which is adjacent to Hebron Industrial Estate, told radio station KCLR that local people are being dictated to and not consulted by the executive of Kilkenny County Council.

She said that residents of Bishop Birch Place had been seeking a road out of the area for some time and 10 years ago were promised ramps. “We seem to be the forgotten people.

“It’s not about religion. It’s about traffic management. In the afternoons from 3.30pm to 6.30pm it is impossible to get out on the road. Then the congestion leads into the city.”

The former Labour councillor said that factories in the area are not causing a problem, “it’s the traffic on Hebron road. It’s bad on a normal day, but on match days it is chaotic.”

She anticipates that plans for a funeral parlour and a hotel will also meet opposition for the same reasons.

However, Imam Ibrahim Nadure told the same radio station that worshippers would not contribute to traffic problems as they come to prayer five times a day for only 10 to 15 minutes.

He pointed out that a nearby supermarket has a lot of customers and that on match days in nearby Nowlan Park that is when traffic problems are at their worst. “We will not be causing traffic problems.”

Imam Nadure said that the Board of Trustees of his community is awaiting the letter from An Bord Pleanála and he does not yet know the rationale behind the decision to reverse the county council’s planning permission.

“Everybody is in suspense. There is a gloomy cloud over us today. We will figure out the merits of the case. We really want a place of worship. We have visited every site in Kilkenny. We just want to build in Kilkenny.” 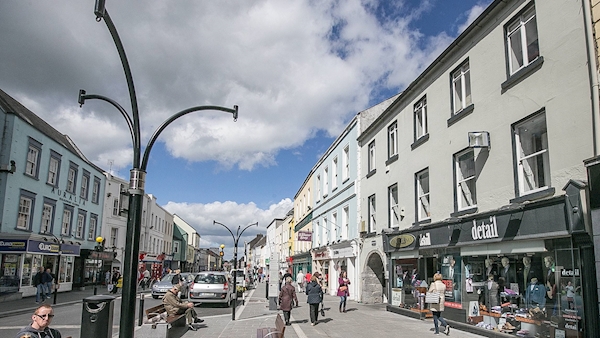 Earlier: Imam claims rejection of plan to build Kilkenny mosque is ‘very painful in the heart’

Kilkenny Imam Ibrahim Nadure has described a decision by An Bord Pleanála to reject plans for a mosque and Islamic centre as “crushingly disappointing.”

“It was something very painful in the heart,” he told RTE radio’s Morning Ireland.

The proposal by the Kilkenny Islamic Trust for a mosque and Islamic centre at the Hebron Industrial Estate on the edge of the city was granted planning permission last year by Kilkenny County Council.

However, a number of appeals were lodged with the board and a decision was made this week to overturn the council’s decision.

Imam Nadure said that the Muslim community in Kilkenny just wanted a place of worship. They have been renting premises for the past 11-12 years.

“Our community is growing, we have been paying rent a long time. It is high time we have our own Islamic centre. We wanted to start the process of moving to our own place.”

He said that when the planning process commenced there was much misinformation with false claims that there would be a call to prayer, that property prices in the area would drop. “These were meant to generate fear.”

The Imam added that a public meeting held to allay local fears had been “brutal and harsh.”

The Islamic community will now address the points raised in An Bord Pleanála inspector’s report to see what will be the next step.

“This whole process has taken a lot of time and resources. The response is something very painful in the heart.”

He described as “totally insensitive” a comment by local election candidate Michael McGrath who described the decision as “better than an All-Ireland victory”.

We are absolutely peaceful, very kind. 70% of the doctors in the hospital here are Muslim. We just want a place to worship.

“Most of our children were born here, they go to school here. Is it too much to ask for a place to worship?”