Inflation could lead to higher costs at children’s hospital 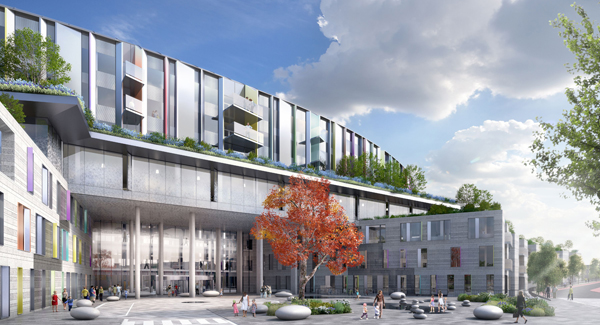 The Chair of the board overseeing the new National Children’s Hospital is warning the project’s costs could rise even further.

The Oireachtas Health Committee has heard there’s been no overspend on the budget since the Government approved the revised bill for the hospital last year.

The building frame of the new children’s hospital is now under construction, as controversy continues over its cost.

Excavation works at the St James’ site in Dublin have been ongoing for the past year, but the building of the frame, which can be seen above ground level, along with mechanical and electrical work has started.

The hospital could cost €2bn, more than €1bn more than what was approved by the government in 2017, due to an underestimation of how much money was needed to finish it.

The Chair of the National Paediatric Hospital Development Board, Fred Barry, told the Oireachtas Health Committee that inflation could lead to an increase in the cost.

He says there’s been no overspend on the budget since the Government approved the revised bill for the project.

Earlier, he defended the decision to go ahead with the main contractor BAM.

“Notwithstanding the difficulties in reaching an agreement with BAM, the view of the development board was that it was better to proceed with BAM rather than stop the project and re-tender the main construction works,” he said.

“We could have re-tendered the project but it would have added years of delay and between tendering costs, inflation, increased owners costs and mobilisation costs, the likelihood was that re-tendering would ultimately result in higher project costs rather than lower.”

The committee also heard 3,700 people will be employed at the hospital once it is finished.