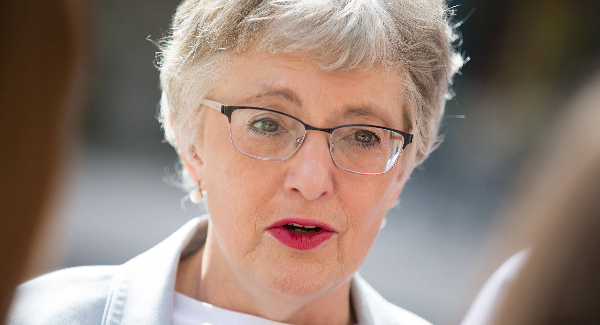 Speaking ahead of a debate in the Seanad on the Adoption (Information and Tracing) Bill 2016, Ms Zappone said she accepts there is criticism but she does not agree with it.

“I think the bill represents the greatest progress we have made in relation to ensuring that adopted people have an easier time in getting access to their information by being supported by a law in this State.

We do not have a law that does that yet. That is why I am very keen to move that forward. I think it is critical too that we acknowledge in the context of the Constitution that we do also have to protect the right to privacy of the birth mother in this process.

“What I am doing in terms of the committee stage amendments I am bringing in the Seanad is finding a new way to do that in the constitutional context.

We are now facing the future in a way that opens a culture of transparency and openness for adopted people.”

Adoption rights campaigners have hit out at Ms Zappone’s failure to consult them about the Government’s latest amendments to its long-promised information and tracing legislation.

An altered version of the Adoption (Information and Tracing) Bill 2016 is to progress to Seanad Committee Stage.

The Adoption Rights Alliance (ARA) has hit out at the fact that, while a briefing note on “a radically altered” version of the bill was sent to TDs and Senators on June 5, stakeholders were not informed.

In a strongly worded statement ahead of the bill going before the Seanad, ARA said if Ms Zappone proceeds with the Bill in its current form, she will be facilitating “an egregious step backwards in an era of progressive social change”.

The Irish First Mothers Group said that Irish women whose infants “were stolen by the State and Church apparatus” are not concerned over privacy rights but rather their human rights. The group has called for full and unredacted access to all records.

“We oppose this rush to legislate before the Commission of Investigation reports. We are adults. Our stolen children are now adults. We want no part of the discredited Tusla system. We do not see ourselves as a new “market” for ineffective and already overburdened State services,” said a statement.

At the same doorstep, Ms Zappone described as “awful” revelations at the weekend that a woman who gave her newborn baby to a group of Catholic nuns for safekeeping in the 1960s has discovered that they handed her back the wrong child.

Helen Maguire (71) made the shock discovery last year when DNA tests revealed Christine Skipsey (52), the girl she had brought up as her own, was not her biological daughter.

She subsequently found out the child she gave birth to, and briefly left in the care of St Patrick’s Guild, had been adopted by a married couple. It is unclear if the switching of the babies was a mistake or deliberate.

Ms Zappone said: “There have been difficult, very shameful parts of our past but thankfully Tusla is part of the solution in that case.”