NAAS won their first SFL Division 1 title since 1995 after a thrilling final in St Conleths Park. 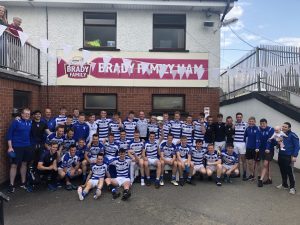 It took extra time before the two sides could be separated after Carbury struck late in normal to force a draw. Youngster Darragh Kirwan led the way for county town and his contribution of seven points was crucial in the win.

A 24th minute penalty by Eoghan O’Flaherty helped Carbury into a 1-7 to 0-6 half time lead. They were were still four points up eight minutes into the second half but a scrappy Luke Griffin goal changed the complexion of the match.

That gave Naas new life but Carbury regained control and after points from O’Flaherty and Justin Reilly they led by four with 16 minutes to play.

Naas had to dig deep but in response they scored six points in a row to lead by two in the closing stages. O’Flaherty and Colm Joyce swapped scores and there was still two points in it in injury time but two late strikes by the brilliant O’Flaherty left the final score at 1-15 apiece.

It was Naas who carried the greater cutting edge in extra time after Kirwan’s seventh point of the game, Dean McHolmes scored two important points in the first half.

Carbury pushed hard in the second half of extra time but points from the evergreen Eamonn Callaghan and Colm Joyce pulled them clear.

Last time Naas won this competition, their manager Niall Cronin was mascot, today he watched on beaming with pride as Callaghan lifted the trophy on the St Conleths Park steps. 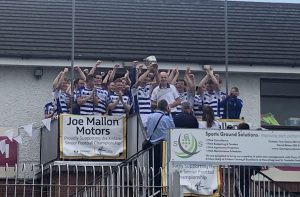