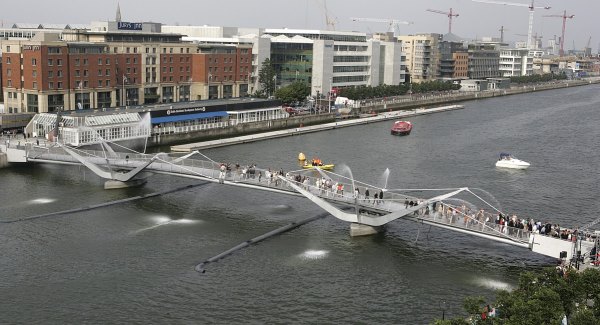 A man in his mid-50s has died following a workplace accident on Dublin’s Docklands this morning.

The man, who is understood to be a haulier, was fatally injured in the incident which occurred in the North Docks area at around 10.30am.

Emergency services were called to the scene and the man’s body has since been removed to the mortuary where a post mortem examination is due to take place.

A file will be prepared for the Coroners Court.

Gardaí say they are investigating the incident and the Health Safety Authority (HSA) has been notified.

A spokesperson for the HSA said that the death had been reported to them and they have launched an investigation.

Inspectors from the authority are at the site today.

Trade Union SIPTU has called for an immediate meeting with the Minister for Business, Enterprise and Innovation Heather Humphreys following the incident.

Representatives called for greater protections to be provided to workers at docks and ports nationwide in the wake of the man’s death. The call is supported by the International Transport Workers’ Federation Inspector for Ireland, Mickey Whelan.

SIPTU Ports, Docks and Harbour Organiser, Jerry Brennan, said: “This tragedy today is the seventh such fatality in port and dock environments across the country in the last 24 months.

“These tragedies are occurring with frightening and frankly quite sickening regularity. It is beyond my comprehension how the construction industry has had the benefit of a national safe pass certificate requirement for almost 30 years and yet there is no such corresponding national requirement within our ports and docks.”

Mr Brennan extended his condolences to the man’s family and colleagues.

Burnout recognised as a medical diagnosis

Over a hundred adoptees matched with birth relatives last year