Little to choose between Kilcock and Rathangan in Junior ‘A’ final

KILCOCK might start Saturday’s Ladies Junior ‘A’ final as slight favourites after seeing off a strong Na Fianna side in the semi-final but Rathangan will be confident of their chances too after winning the previous Championship meeting between the teams this season by a point. 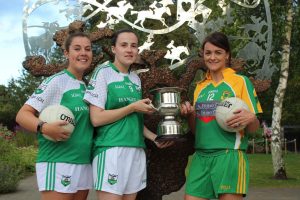 Kilcock will hope to overturn that result on Saturday and they are led by joint managers Louise Keane and Aodhan Maguire.

Keane is a Games Promotional Officer with Naas GAA and was heavily involved with the Naas CBS team that got to the Hogan Cup Final this year and she has been delighted with the application of the players ever since the management team came in.

“Myself and Aodhan Maguire have been in since the first Na Fianna game in the group stages so we’ve been able to do a bit of work with the girls since then so we are really happy with the way they are progressing and they are working hard.

“The players have been brilliant, I had been somewhat involved throughout the year and Aodhan came in as well but the girls have been great. They have worked really hard and bought in to everything we have asked of them,” said Keane.

Kilcock come into the final after beating Na Fianna in the semi-final and that is bound to give the team a lot of confidence.

“We had two strong enough performances against Na Fianna and when we played them in the semi-final we really stepped it up”.

“They had Mikaela McKenna back and that was a big difference to them but we got the win. The weather was pretty poor on the night but to get the victory was very pleasing.

“Na Fianna would have been really strong favourites after being in the last few finals and most people would have expected them to get there again but the girls played really well and we were lucky to come out on top,” said Keane.

Its Kilcock’s first final in seven years but they feel they have the belief to get over the line on Saturday.

“The last final we were in was 2012 and we’d have a few girls that are still around from then but we have a lot of new players too as its largely a young panel so that will obviously be an element to it but that will be there for both teams and whoever deals with that better will get the win.

“One of the things we have been working on is to try and build the girls confidence and get them to back themselves and hopefully they will do that on Saturday and we will see what happens,” said Keane.

Like the management side for Kilcock, Rathangan have joint captains and one of those is Laura Power and she is delighted with how the squad have performed this year thus far.

“We are absolutely thrilled, we have put in so much effort all year so hopefully we can go and do the job on Saturday.

“We’ve done well, the first game against Na Fianna was tough but we pushed through. Last year we lost to them so it was good to get over them.

“We beat Kilcock and Cappagh as well so lets hope we can do it again in the final.

“We’ve definitely improved since getting to a league final last year, we’ve some new players and even the different dynamic has showed on the pitch. We’ll get in and give it a go and hope for the best. We know we are well able for it and we are so up for it,” said Power. 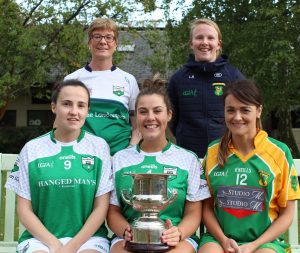 Niamh Fitzpatrick will also lead out the side and she hopes the team can build on their earlier victory over Kilcock as excitement is building around Rathangan.

“We’ve already played Kilcock this year and we had a good win and we are expecting another close game as they will be rearing to go as much as we are.

“Everyone is excited, there is a great buzz around the place and we are just looking forward to playing the final now and everyone is fit and ready to go,” said Fitzpatrick