KDFL Oscar Traynor manager Fergal Finn has announced a 25 man squad for the upcoming competition and it’s no surprise to see it dominated by the four teams who have been involved in this year’s Senior Division title race.

Between them, Suncroft (6), Monread (5), Clonmullion (4), Ballycane Celtic (3) contribute 18 players to the squad. Rathangan are the only other Senior Division represented with the inclusion of Aaron Mullins. 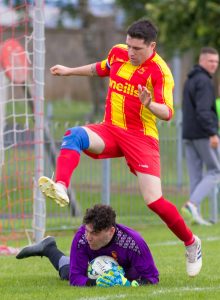 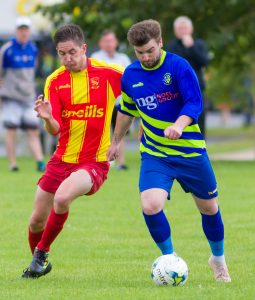 Clonmullion’s Cody Mulhall (right) is included in the KDFL squad after an excellent season for his club
Photo: Luke Wynne