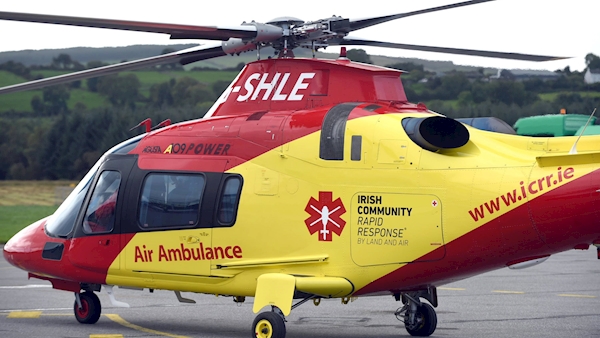 Fifty-six missions were completed by Ireland’s first charity-led air ambulance in its first month of service.

The Cork-based Helicopter Emergency Medical Service is expected to fly on 500 life-saving missions a year.

The Irish Community Rapid Response is behind the idea for the air ambulance, which went live in July.

“This service is available seven days a week to the communities and what it does is reduce the (waiting) time significantly,” said founder John Kearney.

Mr Kearney said there was a call over the weekend that, under normal circumstances, would have taken up to two hours up to two hours to get the patient to the hospital – but this service got them there in 15 minutes.

“That can be the difference between life and death in a lot of communities, especially in rural Ireland,” he said.