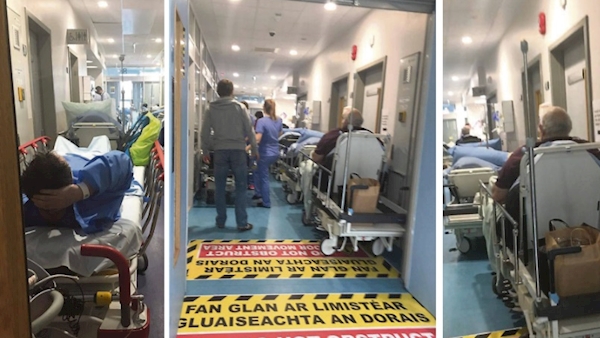 Nurses are warning of a dangerous winter ahead, after the trolley crisis reached record highs this summer.

There were 9,562 patients forced to wait on trolleys for a hospital bed last month, according to the INMO.

That’s the highest ever recorded for August.

INMO General Secretary Phil Ni Sheaghdha says the HSE recruitment ban has got to go – so that people get the care they need:

“We are driving our nurses who are just graduating away – that just doesn’t make any sense.”

Over the course of the last month, there were four days where there were over 500 people on trolleys with the number peaking at 541.

These figures follow what was the worst-ever July for overcrowding, according to the INMO.