THREE weeks after the county board announced that Jack O’Connor would be the man they would propose to succeed Cian O’Neill as manager of the Kildare senior football team, the Kerryman was ratified with unanimous support on Tuesday evening. 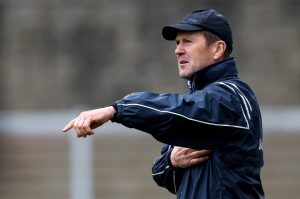 Hennessy, who is the sports editor of the Kerry Eye and this summer released a book entitled Kerry Abú, knows O’Connor well and can’t speak more highly of him.

“I think that things can only go one way. I think the appointment is a very good thing for Kildare but not only the county, it’s a great appointment for Jack too.

“He is a hard man, a tough man in the dressing room and you have to do what he wants but he is a hugely likable man too. He will expect every player to do their job and won’t accept anybody giving less that 100%,” said Hennessy.

The well respected local journalist has been on the beat in Kerry since O’Connor was first installed as manager of the senior team in 2004 and he said that O’Connor had to fight to be accepted by the fanatical Kerry supporters.

“Páidí Ó Sé was the manager before him and Páidí was one of the legends and Jack was coming into a team with Páidí’s nephews on it. At that time you had to be somebody from the four-in-a-row team to be acknowledged in Kerry, Jack was a nobody really as such. But he came in, won an All-Ireland in his first year in 2004, won again in his third year and then walked away from it because I would say he was mentally exhausted. Kerry is a madhouse when it comes to football. There is a perception of the Kerry supporters that is not good but they are actually amazing, they are incredible supporters. They live, sleep, eat, breathe football. You go around the county and there are statues all over the place. Páidí O’Sé’s statue, Mick O’Dwyer’s statue, John Egan’s mural. Kerry is football. This week, this month, the excitement is incredible and I don’t think other counties get that. It is just everything down here and that was the environment that Jack came into. He probably felt he had something to prove but he has nothing to prove now. Jack O’Connor is now as famous in Kerry as Mick O’Dwyer is. Along with Jim Gavin and Mickey Harte, Jack O’Connor is in that group of the three most successful managers of the last 30 years. That’s the calibre of man that you are talking about, that’s what you are getting in Kildare and I think there should be a huge level of excitement in the county right now that Jack O’Connor is going to be training your team,” he said.

Hennessy got an up close view of how O’Connor operates in the summer of 2006. Back then, statistical analysis wasn’t as prevalent as it is now but Hennessy was one of the first to use stats to back up his opinion and had a regular spot on the Terrace Talk show on Radio Kerry.
After losing the Munster final in 2006 to Cork, O’Connor wanted to know more about the stats that Hennessy was collecting and he organised a meeting that set in motion the wheels to switching Kieran Donaghy to full forward, and the rest as they say is history.

“There were very few people doing stats at that time. Jack gave me a call and I met him in the Bianconi Inn in Killorglin. He wanted to know about the stats that I was collecting and how these players were getting this possession in the middle of the field that I was saying on Terrace Talk and what they were actually doing with it. That’s the genesis of Kieran Donaghy being called into the Kerry squad. Jack realised that they were winning lots of possession in midfield with the likes of Dara O’Sé and it was being kicked into the forward line but it was coming straight back out. Donaghy was in the squad and Jack went for the nuclear option of Donaghy in at full forward and that was the famous summer that they went on to beat Mayo in the final,” said Hennessy. 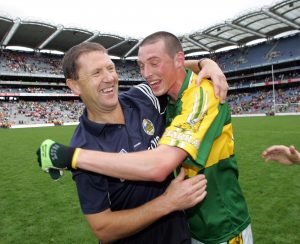 It’s that sort of problem solving thinking that has made O’Connor’s reputation.

“I thought he was shrewd man as a manager, and still is. If you think about what he did with Donaghy at that time, and did again in his second term in 2009 when he brought back Mike McCarthy and Tadhg Kennelly. He dropped Colm Coopper and Tomás O’Sé for indiscipline when they went for a drink. He’s always been a guy who is not afraid to do things. He also develops young talent, which is crucial. He brought in James O’Donoghue, obviously James has had a lot of injuries but there was a time when he was the best player in the country and it was Jack who brought him in when he was very young and nobody knew an awful lot about him. Killian Young is another example. He is prepared to give young players an opportunity so in that regard he would be ideally suited for Kildare. I would say that you will see players with talent, but maybe not obvious talent, that Jack will pluck out of obscurity and make footballers out of. That’s the type of manager he is,” said Hennessy.

O’Connor has gone on record to say that kick passing is integral to way that he wants football to be played and he said as much to Weeshie Fogarty in an interview in 2015 on Radio Kerry.

“Move the ball quickly by foot into the forward line. Soloing is taboo for me, the only place I want to see a fella soloing is on top of the ‘D’ when he is one on one with a defender…I have a clear system in my head about how football should be played,” said O’Connor at the time.

He also told Weeshie that his beliefs of how football should be played were borne partly because he believed that Kerry footballers did the basic skills better than anybody else in the country so it will be interested to see if he can get Kildare players playing in the same style but Hennessy believes he will.

“You might imagine that Kildare footballers would not have the same natural ability as Kerry footballers but I guarantee you that Jack will identify players who have that ability and he will go for that type of player. Obviously you need physicality in the modern game and he will look for big, mobile players as well. You might see him convert a midfielder into a full forward, a midfielder into a full back, Jack has always done that kind of thing. I think you will see a good brand of football. It will be fascinating to see what he does but I think that he is relish the chance to prove himself again. He doesn’t have anything to prove but knowing Jack as I do he will still want to prove something.

“If you take last year and that famous Under 20 All-Ireland semi-final and Kildare winning it. I think Jack would have seen in that Kildare performance the huge potential that there is in Kildare. He would be very knowledgeable about the football in Kildare because of his two sons. I would think that Jack would have known the potential there. He would have seen Kildare in the Super 8s in Killarney as well and alright, it ended up a big loss for Kildare but they played well that day I thought,” said Hennessy.

Following on from his third All-Ireland success in 2009, O’Connor stepped away from the Kerry job after losing to Jim McGuinness’ Donegal in 2012. He was appointed minor manager in the county for the 2014 season and promptly won Kerry’s All-Ireland title at the grade in 20 years, and matched that achievement again the following season.

His last two seasons at under 20 level with Kerry, in 2018 and 2019, ended without an All-Ireland title but in both years they were knocked out by the eventual winners and history may have looked back on that time very differently if players like David Clifford, Seanie O’Shea and Diarmuid O’Connor had been available to him.

Although the failure to win All-Ireland titles in those two years slightly knocked his reputation in his own county that only goes to prove the staggeringly high bar that his CV has set for himself. Hennessy has no doubts that O’Connor is still as capable as ever.

“You are getting a top class manager, there is no doubt about that. Just look at what he has done in his career. He is still young enough, fit enough and enthusiastic enough to take a promising county like Kildare and, hopefully from your point of view make them an awful lot better,” he said.