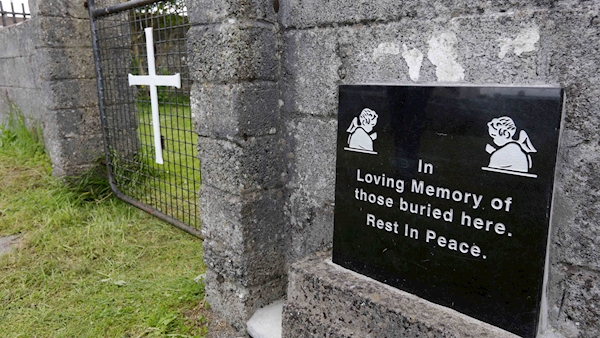 DNA samples can be speedily taken from survivors of the Tuam Mother and Baby Home without the need for new legislation.

That is the central finding of a report prepared by Dr Geoffrey Shannon following a call from the Tuam Home Survivors’ Network in February.

The group asked that DNA samples be gathered from survivors as soon as possible in light of the age profile and health status of survivors.

Dr Shannon found that, while the current legislative framework may not suitable for the collection of such samples, it could be done by way of a voluntary administrative scheme and without the need for new legislation.

The report states that although the introduction of bespoke legislation “has certain advantages”, there is “no reason, in principle, why an appropriate administrative scheme could not be established on the basis of other legal instruments”.

Dr Shannon stresses that there is “no inherent prohibition on the operation of an appropriate administrative scheme for the provision and analysis of genetic material on a voluntary basis”.

The report points out that the Government has the power to establish such schemes to implement desired policy objectives and has done in the past.

Dr Shannon states that many of these schemes operated with no statutory basis and specifically highlighted the example of the Direct Provision system as one such example.

Children’s Minister Katherine Zappone said that she would consult with her Department’s legal advisors and relevant agencies towards developing the administrative scheme “within the coming months”.

The Department of Children and Youth Affairs is currently drafting legislation to facilitate the full exhumation and forensic analysis of the remains found at Tuam. The administrative scheme will then be subsumed into the legislation once that is ready.

No DNA profiles will be generated from the biological samples until the legislation is in place and it has proven possible to generate DNA profiles from the juvenile remains.