Big day of hurling in store in St Conleths Park

THE myth that Ardclough are an aging team will be completely debunked when they play Coill Dubh in the SHC semi-final in St. Conleth’s on Sunday at 2pm.

Without speaking to how Ardclough will play, only two players starting players will be over 30: Tony Spain and Paul Fitzgerald. 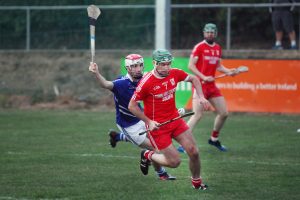 Spain is a veteran’s veteran pushing 43, while Fitzgerald is relatively spry at 31. Aran Kelly at centre-back is gripping manfully onto his teens, while corner-forward Sean Whelan’s mother still packs his gear bag.

Few would doubt Spain’s ability still and anyone who’s met him coming out of a ruck knows the man’s strength. That physical experience will be needed too.

Coill Dubh bounced back from a dispiriting preliminary round Naas loss to remain undefeated in the Group B.

Easily scalping Confey by 17 points, before putting nine on last year’s champions, a ferocious encounter against Clane will stand to them more than the previous two games.

Fighting for their Senior survival in the final round, Clane pushed Coill Dubh to three points and led for large periods of the game.

Irrespective of the early league rounds, which is never harvest time for them despite defeating Ardclough, Coill Dubh won the first of two possible titles when they defeated Naas in a league final 0-17 – 0-15 in early July.

Ardclough were pretty slow to get moving in the league and languished lowly for the early rounds. The reason for that, however, allowed manager Ger Buggle to develop his younger players.

Drew Costello didn’t start their third-round eight victory over Leixlip, but he’s expected to be fit for selection, along with Kelly, who was taken off injured.

Another positive for Ardclough is the successful appeal of Martin Fitzgerald’s red card picked-up in the Leixlip game.

Sanctioned on the day for an incident that happened behind Anthony Herbert’s back, Fitzgerald’s inclusion is a must if Ardclough are to get over the 2014 and 2015 champions. 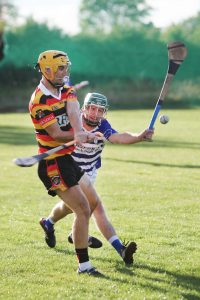 Martin Fitzgerald will be available for Ardclough
Photo : Piotr Kwasnik

In fact, this Saturday’s semi-final is a replay of the 2015 final, which Coill Dubh won 0-15 – 1-10. Since then Coill Dubh have been absent from the final, but always revel when it’s on the horizon.

However, Ardclough have cultivated their own legacy in semi-finals and finals, winning in 2017 and finalists in 2018.

Winning three out of their four Championships game, only losing to Naas by two points at the end of June, Ardclough have been undefeated since the end of July.

Coill Dubh have another month undefeated on Ardclough, but an ankle injury picked-up by full-forward Declan Flaherty in the St. Kevin’s loss to Clogherinkoe will be a concern for manager John Byrne.

There’s nothing to suggest that Flaherty won’t start as he’s integral at full-forward and the toughest ball-winner in the county. Should he and Ardclough full-back David Collins mark each other, sparks will fly and the outcome will be decisive.

The case can be made, when Allenwood, St. Kevin’s and Robertstown play well, that Coill Dubh play well. The knock-on effect of so many players dispersed across the three teams can be a training headache, but also an added bonus when it comes to fitness and match sharpness.

Where Mark Grace is imperative for St. Kevin’s midfielder, his probable marking of Paul Fitzgerald will determine Ardclough’s scoring rate.

And this game will start off and quickly remain an old-school slogging match, where space will be incredibly limited and time on the ball won’t exist.

Coill Dubh score around the 22/23 point mark in their games, scoring two goals in their last games as well.

Ardclough, on the other hand, haven’t broken the 21 point mark in their three group games, and while they may need to score more, it’s unimaginable that the game will be high-scoring.

IN one sense, Éire Óg Corra Choill are lucky to be in a Senior Hurling Championship semi-final, but in another way, they showed immeasurable courage and determination to overturn a nine-point half-time deficit against the county champions in their quarter-final. 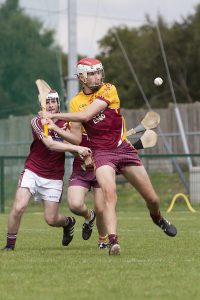 Liam Power could be back in the reckoning for Éire Óg Corra Choill after injury
Photo : Piotr Kwasnik

Winning by three points after extra-time against Celbridge will be a huge boost to Johnny Enright’s side. They’ll need it too, playing a Naas side unbeaten in all four games in this year’s Championship.

Defeating this year’s semi-finalists Coill Dubh in the preliminary round, then the 2018 finalists Ardclough in the first-round, then Leixlip in the second-round, Naas previously defeated Éire Óg Corra Choill in the third round.

The outliers in those games are that Naas only defeated Leixlip by four points but Éire Óg Corra Choill by 12 points at the end of August.

If memory serves correctly, Éire Óg Corra Choill were already destined for a quarter-final, irrespective of the result, as long as Ardclough defeated Leixlip.

Naas have (nearly) always been the team that coasts through the group stages, then to be defeated in the semi-final or final.

Caught by Ardclough in the semi-final last year and in the 2016 and 2017 finals, Naas haven’t won a SHC since 2002. That 17 year gulf rankles in the club and each year that they march up the hill and fall off the precipice it gets harder to march up again.

Previously reaching a final in 1999, Éire Óg Corra Choill are due a good run, but how much of their hurling capital was spent in their quarter-final win over Celbridge?

A lot is the answer, and they’ll have to find more for the semi-final.

They should have lost the quarter-final and, ironically, if the half-time margin wasn’t so large, then Celbridge would’ve continued at pace and Éire Óg Corra Choill’s pride wouldn’t have been challenge so viscerally.

This is a hyperbolic speculation, but Éire Óg Corra Choill were shamefully poor in the first-half, so much so the imagination doesn’t need to stretch wildly to contemplate selector, Declan Curran’s choice words.

Finishing the game with ten points, young Dempsey is a cut out of the family stone. After father Joe and brother Evan, he’s taken up the mantle.

Outscoring Celbridge by 0-4 – 0-1 in extra-time, it was clear that once Éire Óg Corra Choill gained the momentum, younger legs and brutish determination couldn’t be stopped.

That’s something that the Naas players watching the game in Conneff Park will have taken home with them.

Where Garry Johnson will take no further part in the season, a cruciate injury has ruled him out, Éire Óg Corra Choill will be buoyed by the return of Liam Power to the Raheens side for their SFC relegation semi-final loss to Naas last weekend.

Much will depend on the Naas’ forward line, as it so often does. Jack Sheridan is the marquee forward in Kildare and can turn a game in seconds. 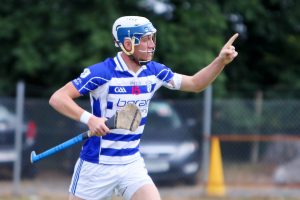 If he’s selected alongside Cathal Dowling and Shane Ryan in the full-forward line, expect scores – and lots of them.

A worry for manager Colm O’Rourke will be that intercounty Brian Byrne came on for Naas in their SFC relegation semi-final against Raheens with a strapped knee and looked uncomfortable at key stages in the second-half.

But with so much quality peppered throughout their line-up, it’s difficult to imagine another Naas player not stepping into the breach and picking-up any slack.