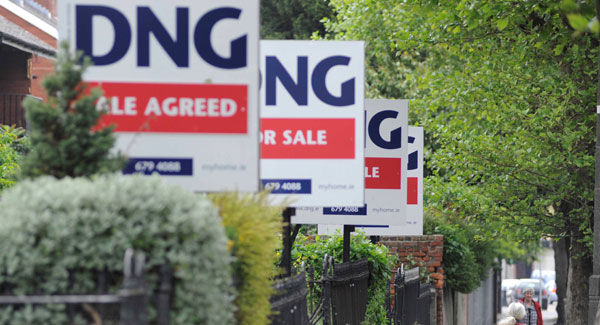 The number of house sales in Ireland has increased but sales in Dublin are down.

The new MyHome.ie Property Price Register shows that sales have increased by 1.2% in the first half of the year.

Commuter counties in Leinster saw significant increases in both the value and the number of transactions.

Louth has seen the biggest jump of 22.6% in sales.

But Managing Director of MyHome.ie Angela Keegan says sales in Dublin are down.

“The rise in activity in the commuter counties emphasises the relative affordability of good properties in these areas, particularly in the context of the Central Bank’s mortgage lending rules of three and a half times’ the buyer’s income,” said Ms Keegan.

“This has been complemented by a major boost in new home building in these counties, which has been beneficial for first-time buyers and indeed the property market as a whole, offering supply where it is much needed.”

The study shows that there were 25,192 sales nationally in the first half of the year and the total value of those transactions was relatively steady – down 0.6%.

In total, the value of residential property sales recorded during the period was €7.209 billion.

Just six counties reported a negative figure when compared to the first half of 2018.

Kerry recorded the sharpest fall in sales with a drop of 22.8%.

The study says that this decrease was largely technical as three bulk transactions are recorded as one – 20 properties in one site in Ballybunion, and 54 properties over two sites in Tralee.

Leitrim saw the biggest fall in sales value at 14.5%.

Dublin accounted for around one-third of the property market leading the way in the first six months of the year with 8,051 sales.

Dublin also leads the country in most money spent with €3.57 billion.