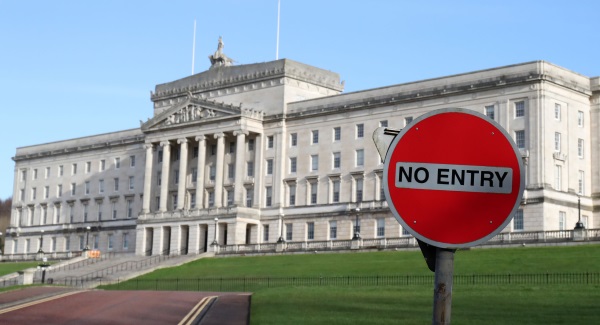 A DUP MP has blamed Sinn Féin for the failure to reach agreement to restore Stormont as Northern Ireland approaches 1,000 days without devolution.

Paul Girvan has claimed that Sinn Féin is “blocking” the return of devolution with a “myriad of red lines”.

However Sinn Féin MP Michelle Gildernew hit back, saying her party is “firmly committed to the Good Friday Agreement”, and pointed out there is currently no political talks process.

It is just over a week until the region’s abortion laws are set to be liberalised.

As a consequence of a law passed by MPs at Westminster in the summer, abortion will be decriminalised, if the Stormont executive is not up and running by October 21.

The UK Government will then take on the responsibility for introducing new regulations to provide greater access to abortions in the region by next April.

The last power sharing Assembly collapsed in January 2017 following a break down in relations between the two leading parties, the DUP and Sinn Féin.

Multiple attempts at political talks to agree a return have ended without success.

Disagreement over an Irish language act as well as abortion reform and same-sex marriage have kept the parties divided.

Mr Girvan has claimed the changes to abortion laws will be imposed “against the majority of the people who live here”.

“No one objects to Irish language speakers being accommodated.

“Indeed, Arlene Foster has offered to legislate on language matters but Sinn Féin continues to prioritise its shopping list of narrow demands above vital reforms in our schools and hospitals,” he said.

“As politicians, we are elected to govern.

“If Sinn Féin are incapable of doing that then they should let those of us who want to, get on with it.

“There are important matters to address.

“We face the heart-breaking prospect next week of extreme abortion being imposed in Northern Ireland against the wishes of the majority of people who live here.

Our offer remains to sort these contentious issues out while an Executive is functioning within a specified time frame.

“That would allow us to take decisive action on education, health, infrastructure and investment to benefit all Northern Ireland while reaching an accommodation of the reasonable.”

Ms Gildernew said the ongoing political turbulence over Brexit has made progress “even more difficult”.

“Sinn Féin is firmly committed to the Good Friday Agreement and to the effective operation of the political institutions,” she said.

“Currently there is no talks process, primarily as a result of the destructive effects of Brexit and the Tory/DUP axis.

“The British government’s proposal of a unionist veto in the Brexit context is totally unacceptable and makes political progress even more difficult.

“In terms of attempts to restore the political institutions, let me be absolutely clear, there will be no unionist veto at Stormont in terms of the Brexit negotiations.

“And if the institutions are to be reestablished on a durable basis, the issues of equality, rights, integrity and respect which caused the collapse of the Assembly must also be addressed and resolved.”

€333k worth of drugs seized after eight properties searched in Mayo