Future of Athy RFC hangs in the balance

THE future of Athy Rugby Club is hanging in the balance after members were this week notified of issues regarding the club’s ability to secure public liability insurance. 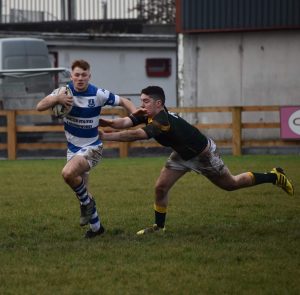 In a letter sent to members from honorary secretary Brendan Conroy outlined difficulties in finding an insurer due to two claims, one historical and one pending, and the club could be forced into shutting their gates at The Showgrounds as early as Monday evening.

Formed in 1880, the club has provided rugby in Athy for 140 years and helped in the development of star players such as Joey Carbery, Jeremy Loughman and Martin Moloney.

“Unfortunately Athy Rugby Football Club is experiencing grave difficulty in securing Public Liability Insurance due to an historic claim and a currently pending claim against the club.

“We are working with multiple brokers who have trawled the market on our behalf but, so far, all insurers have declined to quote for a public liability policy for the club.

“This is a club that has survived 2 World Wars and has been promoting rugby in the community since 1880 so we sincerely hope we will find a solution.

“Athy RFC has produced international and provincial players at senior, Under-20 and youth level and hopefully we will continue to produce more.

“The Executive Committee will continue to work tirelessly to try and secure insurance for the the coming year.

“However, as we may not get any quote, or any financially viable quote, we feel that we must notify the members of the possible closure of the club and grounds effective from midnight on Monday, 9 December 2019.”