A trio of Kildare teams made winning starts to their respective National League campaigns on a Sunday to remember. 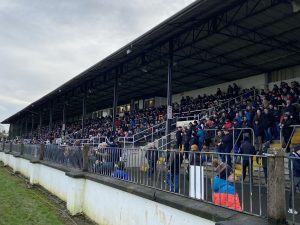 David Hyland scored his first goal in a Kildare jersey in the eighth minute but he was forced out of the game through injury shortly afterwards. Fermanagh led 0-6 to 1-2 after 23 minutes but Kildare led by 1-5 to 0-7 by the half time break.

Neil Flynn scored four second half points to help Kildare into a 1-9 to 0-9 lead but Fermanagh were always dangerous on the counter attack and four points in a row put them 0-13 to 1-9 ahead in the 58th minute.

Kildare certainly didn’t want to be facing into the last ten minutes against such a well organised defence behind on the scoreboard so a quick response was crucial and they got it when Paddy Brophy found Shea Ryan, the Sarsfields man held off a couple of challenges before slipping the ball to Daniel Flynn and the Johnstownbridge man marked his return to the Kildare team with a well taken goal.

Fermanagh still pressed hard in the closing stages but the two Flynns, Neil and Daniel, scored the last points of the game in a 2-12 to 0-14 win. Kildare now travel to Ennis to take on Clare next Sunday.

That put the seal on thoroughly enjoyable day in St Conleths Park and followed up an excellent win by the Kildare hurlers. London were their opponents but they were swept aside by a confident Kildare side. Captain Brian Byrne scored a wonderful tally of 1-13, including a brilliant individual goal late in the first half to follow on from a fifth minute Jack Sheridan goal. Kildare eventually won 2-26 to 0-20 and will look for their second win of the season when they cross the water to play Warwickshire next Saturday. 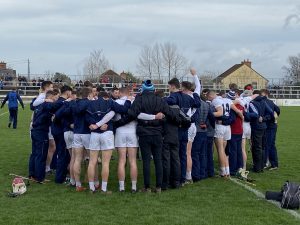 Also on Sunday the Kildare ladies footballers got their season off to a flyer with an away win against Fermanagh. 2016 All-Star goalkeeper Mary Hulgraine made her return to the starting line up as a brace of goals by Milltown’s Lara Curran and another from Nessa Dooley helped Kildare to a 3-11 to 0-12 win over last year’s Division 4 winners. Next up for Daniel Moynihan’s team is a home game against Sligo next Sunday.