KDUL Director of Football Jamie Smith feels that the soccer community around Ireland need to embrace the new underage National Leagues if the best young players around the country are to be given the optimum chance of fulfiling their potential. 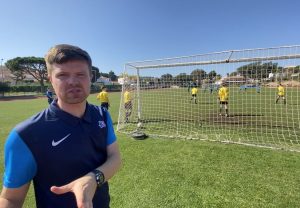 Last season Klub Kildare competed in the first ever Under 13 National League but there have been some vocal opponents of playing elite level football at that age but Smith is insistent that this is the right way to go.

Little over 12 months ago, Klub Kildare were given late notice that they would be accepted into the inaugural league and Smith feels that the development in the Kildare players since then is indisputable proof of the benefit of the extra coaching time with these players.

“We got into the National League very late last year. We were delighted to get in but it meant we hadn’t the time to plan friendlies, team bonding trips away, we hadn’t gone through anything. We had 14 players who had come through the KDUL Academy with us and then we brought three players in who had been in the league previously before going to another club, they came back and they were three fantastic players to come back in who settled in straight away and really pushed on since joining up with us.

“The first few weeks of the first phase were really testing and very interesting. In our first game against Dundalk we were 2-0 down after 35 minutes and it was only a Brandon Evans goal right on half time that got us into it and we went on to score six in the second half and win 7-2.

“In our third game we had a bit of an eye opener against St Pats, they beat us 5-1 at home but that was a massive learning experience for the boys, to be playing against a team that went on to win the double last year.

“The first phase was excellent and we ended up beating Shels to finish in third and qualify for the next phase. We had five wins and one draw and finished on 16 points. The second phase was really exciting, we had Cork City, Galway, Limerick, Shamrock Rovers and Bohemains. Five massive clubs in the League of Ireland and we really mixed it and matched it with them. I thought we were fantastic. We ended up getting more points than in the first phase and finished one point off reaching the cup semi-final,” said Smith. 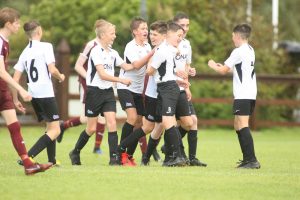 Klub Kildare has grown massively in a short space of time and will field teams in the Under 13 and Under 15 National Leagues next year, as well as last year’s Under 13s preparing for the 2021 season. Smith is delighted that the club can offer that level of elite football and expertise in coaching and preparation here in Kildare whereas previously players were travelling to Dublin for that level of football.

Smith knows himself of all those pitfalls – he started off with Newbridge Town before moving to Dublin to play for Cherry Orchard and then onto Premier League side Newcastle Utd. He feels that is much better for player development to not have to travel big distances three and four times a week.

“When I was playing in Kildare I had to move on to Dublin and that was what you had to do if you wanted to play elite level football. Now that’s gone with the National League and I think that is why clubs in Dublin are worried and are panicking, they used to take the best players from Kildare but now those Kildare players are getting the same level of competition, same level of coaching, why would they move to Dublin now?

“We had one player recently who moved to Dublin but didn’t settle there and was thinking of giving up. Because of Klub Kildare he was able to come back to us and he’s loving his football again, he is back playing with his friends that has been playing with since he was ten, he travels five minutes for training and he’s back loving his football and flying again. You don’t have to go to Dublin to play at an elite level anymore, everything a young player needs is on our doorstep here in Kildare,” said Smith.

The new gym facilities that were recently installed at the Tougher Park grounds has allowed the club to build a bond between their three teams and Smith feels this has been particularly beneficial for the younger players.

“In our old gym we could only fit 12-15 players, now we can fit 30-35 players in at the same time. The boys have been doing this strength and conditioning work for two or three years, the under 15s have been doing that since probably 11. Physically they are stronger. We’ve had Danny Miele, a mental skills coach who has worked with the likes of Dundalk and Shelbourne’s senior players, in to work with the boys on stuff within a game and things that happen outside of the game as well. All things to set the boys up for a career in football but also outside of football too. We are always trying to think outside of the box with these kind of things.

“There is a real family atmosphere there, a real togetherness with the three groups combined,” said Smith. 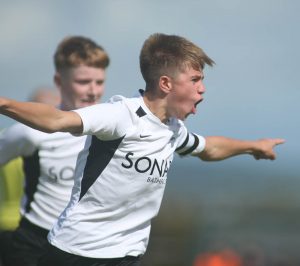 Rather than scale back the underage National League, Smith feels it should be encouraged to grow and from a Kildare point of view, he is looking forward to the club fielding four teams at National League level in 2021.

“In my opinion, we have to keep the underage National League, there has been talk of moving the age to under 14 but I think the younger the better. As I said, elite players need to be playing with elite players and if they aren’t then we aren’t going to produce any players. I like the structure at the moment, 15s to 17s to 19s. For us here in Kildare, I’d like us to have an under 17 team next year, we’ve got such a good group of players coming through that we should have something in place for them. Hopefully in 2021 we’ll be pushing for National League football at under 17.

“If we got that we’d hope that we would be able to attract back a lot of the players who played for Kildare in the 2018 Kennedy Cup and went on to play National League football for other clubs because we weren’t set up then,” said Smith, who acknowledges the role played by the clubs around the county in helping Klub Kildare to get up and running.

“I am very thankful to the clubs in Kildare for producing these players and we get the chance to take them on to the next level. They should be happy and proud of the job they we did with these players aged 6, 7, 8, 9, 10, 11 and then at 12 they are sending them on to the next level. That a progression that needs to keep happening. The summer camps are a big thing as well, we take these camps around the clubs and I’d recommend that the club get on to these camps. We’d spotted players on these camps that have ended up in the Academy. The support of the clubs has been fantastic so far and we got some great crowds at the matches and some lovely comments on social media afterwards. We’ve very thankful for the support of all the clubs around Kildare,” he said.

The new National Leagues will start for Klub Kildare on Saturday 21 March with Smith managing the Under 15s and Paul Roberts taking charge of the Under 13s. Smith recently spent a week in Portugal with last year’s Under 13s as they look forward to the 2021 Under 15 league.