KILDARE were crowned Leinster U21 Champions in Portlaoise on this day in 2013 after a hard fought 1-12 to 0-12 win over Longford. 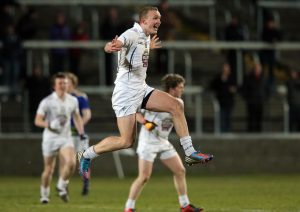 The team, managed by Kieran McGeeney, picked up Kildare’s title at the grade since Glenn Ryan’s team in 2008 but they were made to work hard a Longford side containing many of the players that had beaten this Kildare group in a Leinster minor semi-final in 2010.

It looked like Kildare were cruising to a comfortable win when they led by 1-11 to 0-6 with 25 minutes remaining but Longford really cranked up the pressure in the closing stages and Kildare had to defend stoutly to protect their lead. 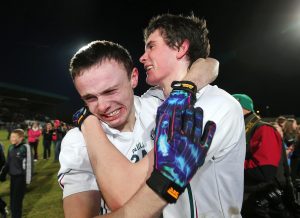 It was always a Kildare side who were tipped for big things and a number of the side had already played Division 1 football in the early part of 2013 before this games. Indeed, 12 of the starting 15 went on to play Championship football for Kildare and many still form the core of Jack O’Connor’s current senior team.

Sean Hurley was in rampaging form in midfield and earned a penalty early in the second half which was tucked away confidently by Paddy Brophy and things looked rosy for McGeeney’s men when they held an eight point lead. 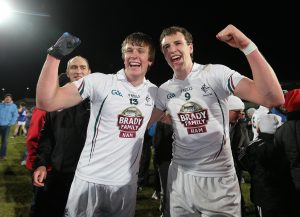 However, a point from captain Tommy Moolick was all that Kildare had to show for their efforts in the final 25 minutes as they had to withstand a huge amount of pressure.

But Kildare did hold on for a landmark win for the county. It was a side that many fancied to go all the way to an All-Ireland title but they forgot their shooting boots for the semi-final kicked a whole host of wides as they were beaten by Galway.

Still, rarely has one has one group gone on to provide so many senior players and from that point of view this was one of the successful ever underage Kildare teams. 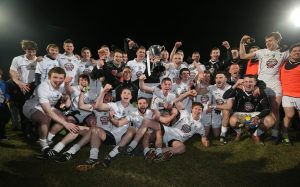