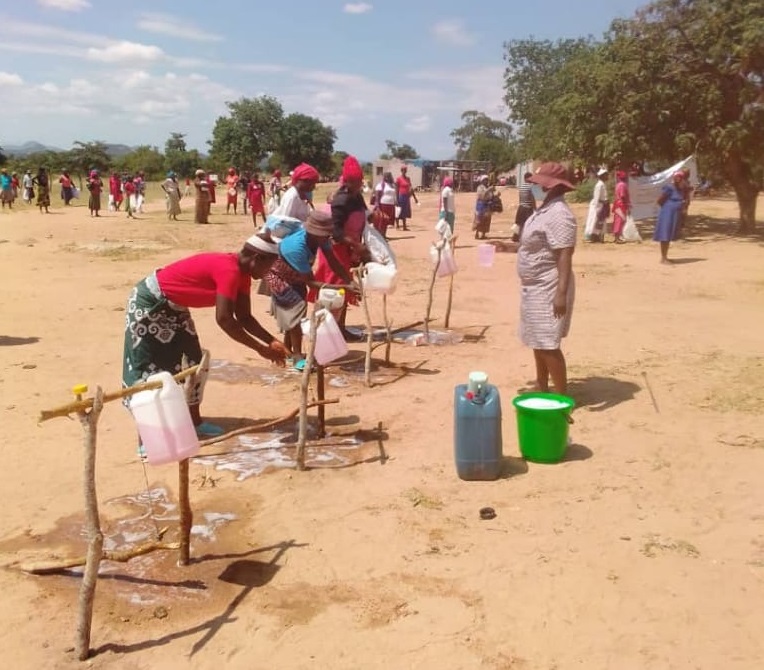 Humanitarian aid agency GOAL has called on families in Kildare to build their own ‘tippy tap’ hand-washing device (pictured above in Chipinge, Zimbabwe) to highlight issues facing vulnerable communities around the world fighting Covid-19.

A tippy tap has been described as a simple but ingenious device used in many developing contexts to wash hands where there’s no access to running water. Thousands of people supported by GOAL use these homemade items to keep their hands clean and fight the spread of infections, and they can be built using an empty plastic container, sticks and string – easy to find even during lockdown.

People across the county are being encouraged to make one of these little devices, post a video or photo on social media using #GOALTippyTapTag, and then tag three more people to do the same.

GOAL has said that its online campaign not only provides a fun activity when we’re all confined, but sends out a message that while we may be far apart in this time of a global pandemic, we can stand together in solidarity no matter where we are in the world. It noted that while handwashing is a simple message, 2.3 billion people around the globe don’t have access to basic sanitation. The organisation is already on the ground in its 13 countries of operation in Africa, the Middle East and Latin America supporting communities in fighting the spread of the virus.

“With parents working from home and children off school, making a tippy tap is an excellent way of highlighting the importance of washing their hands, while teaching them how vulnerable communities live without running water,” said Eamon Sharkey, GOAL’s Director of Fundraising. “Just remember, there is no substitute for washing your hands under running tap water with soap when it is available, like here in Ireland.”

You can find details on how to build your very own tippy tap at goalglobal.org/goaltippytaptag/.