‘What do other students do if State exams are held in September?’ asks ex-education advisor 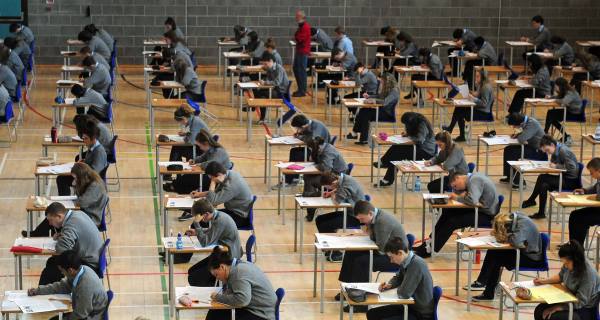 State exams may now be held in late summer or autumn because of the coronavirus.

The Irish Times has reported that the Government believes it is unlikely the restrictions will be lifted in time for their designated June 3 start date.

Students alternatively may be assessed by predictive marking, but worries surround this option as it has never been done before in Ireland.

John Walshe, former advisor to Education Minister Ruairi Quinn, has said holding the State exams in the autumn will be challenging.

Mr Walshe said: “The first option is that they start as scheduled on the 3rd of June, the next option is moving them to July or August, obviously you’d have to get buy-in from managers and unions on that.

“The big difficulty about moving them into September of October is that you have to close the schools effectively for three weeks while you are running the exams to get the peace and quiet.

What will you do with the 70,000 students who are due to transfer from primary level into second level?

The death toll from Covid-19 has risen to 235, after a further 25 people were confirmed to have lost their lives, while 365 new cases have been confirmed.

There are now 6,074 diagnosed cases of the virus.

Chief medical officer Tony Holohan said the growth rate of the virus needs to reduce significantly before restrictions are lifted.

Dr Holohan said: “We’re not anticipating a change in the short term in terms of these arrangements.

“We are still seeing improvement in terms of the rate of growth of this particular infection, so as where it was around 33%, we have flattened the wave significantly.

“We need to get that down to zero or as close to zero as possibly can. We are still seeing improvement, but we need more improvement and that’s the reason I’m saying these measures need to stay in place.”