Disappointment all round as Punchestown Festival is cancelled

THE announcement last week that the 2020 Punchestown Festival was cancelled due to the ongoing Covid-19 pandemic came as no surprise but was none the less of a blow because of that expectancy. 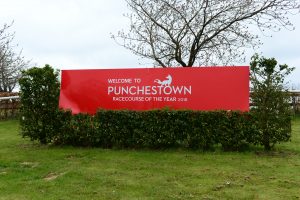 There will be no 2020 Punchestown Festival
Photo: Martin Rowe

The racecourse, the racing industry, the local economy, and the many business intertwined with running something as big as the Punchestown Festival will all suffer but Punchestown CEO Conor O’Neill said it was the only decision that could be made.

“Given the unprecedented events that have been unfolding over the last few weeks it wasn’t completely unexpected. Confirmation of it was very disappointing but given the circumstances it was absolutely the right decision. I’m very disappointed and moreso for the team around me who have put in a huge effort over the last number of months. It’s very disappointing for them and those involved in racing and also all around Kildare and the country as a whole. Ultimately the health and safety of the guests and participants and staff is the priority so while it is disappointing I do believe it was the appropriate decision to make,” he said.

Racing was held around the country at behind closed doors at one stage before government restrictions on events were tightened and O’Neill said that holding the Festival in such a manner was considered.

“We monitored it with Horse Racing Ireland and all the relevant government bodies to see the feasibility of those scenarios. As the events unfolded that was no longer an option and I think the appropriate decision was then to cancel the Festival in it’s entirety. We looked at all options but the way things unfolded none of them remained feasible,” said O’Neill.

Over 127,000 people attended the Festival last year across the five days with at least 20% of that number estimated to have travelled over from Great Britain. The loss of those numbers will have a huge hit on the local economy, a 2012 studied said the Festival brings an estimate €60m into the area, but also on the racetrack at a time when developments are planned at the venue.

“It’s a situation that is not unique to Punchestown, or indeed the racing industry. This is going to have drastic consequences for this Irish economy right across the board. Unfortunately, there is going to be many challenging days ahead but the key priority is the health and well being of everyone. I know with the team I have around me at Punchestown, we look forward to better days ahead. There will be hard, challenging days before then and certainly, the day you cancel a Punchestown Festival is never a good day.

“I’m very conscious that it is a blow to the local economy as well as ourselves, be that bars, restaurants, hotels, amenities. With our later starting race times people would be availing of activities right throughout the county through the day. It provides a huge boost to the economy.

“We get great support from the community and I am very conscious that will have a massive impact on businesses right throughout Kildare and beyond.

“There is also a massive knock on effect. To run something like the Punchestown Festival there is a lot that goes into it like bar operators, caterers, parking stewards, security, cleaning companies, marquee providers. Right across the board there’s an impact,” said O’Neill.

It also means that many months of work for O’Neill and his staff will go unrewarded.

“When one Punchestown Festival ends plans start the following week for the next one. We start selling our corporate packages in August or September and all the signs for the Festival were really strong and really positive. That was the result of the efforts by our own people over the last number of months so I am disappointed for them that they won’t see that come to fruition,” he said.

It’s remain unclear when exactly the next meeting will be held at the track and O’Neill admits that a scheduled meeting in June looks unlikely at the moment.

“We are due to race again early in June. That is to be a National Hunt meeting but the plans from HRI are that when the appropriate time comes to get back racing that it will take place behind closed doors probably for a month with predominately flat racing. That meeting to go ahead in June would need confirmation in May so we’ll get further clarity on that next month but at the moment you would have to think that would be unlikely too,” he said.

While the venue is best known for horse racing it is of course used for a number of other events but as it stands, things like summer concerts and various trade shows look unlikely too.