SINCE rugby turned professional in 1995, the county of Kildare had been well represented by a host of players at both home and abroad. We have compiled a list of the best Lilywhites to have featured during the past quarter of a century.

A native of Naas, Murphy earned 72 Ireland caps and two Lions caps during a stellar 16-year professional career. A winner of eight English Premiership titles with Leicester Tigers, he was part of the Ireland squad for their Grand Slam success of 2009. 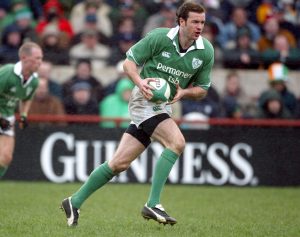 Now 26 years of age, Kill’s Byrne made his Leinster debut as a teenager under Joe Schmidt in 2012. Has since recorded 20 tries in 57 provincial appearances and earned his sole Ireland cap to date in a November 2017 test against Argentina.

Though he has featured primarily on the wing under Leo Cullen at Leinster, McFadden first came to prominence as a combative centre. A two-time Six Nations champion with Ireland, the Suncroft man has contributed 444 points in a trophy-laden spell at the eastern province.

After featuring alongside namesake Geordan at Leicester, the Rathangan native claimed a Celtic League in a five-year stint at Munster. Later assumed a player-coach role at Naas before eventually hanging up his boots last April.

The third Newbridge College graduate in the back line, Carr (Ardclough) enjoyed two spells each at Leinster and Connacht. Was the all-time top scorer for the latter until he was surpassed by Matt Healy.

A team-mate of Carr’s at Connacht, Ronaldson played a big role for the westerners during their PRO12 triumph in 2015/16. Having ended his time in Galway last summer, the Ballymore Eustace man is now in his second spell with All-Ireland League outfit Lansdowne.

While he may appear an odd choice at scrum-half, Carbery previously lined out there with Ardscoil na Trionoide. A succession of injuries has limited his appearances at Munster, but he remains the heir apparent to Jonathan Sexton on the international stage. 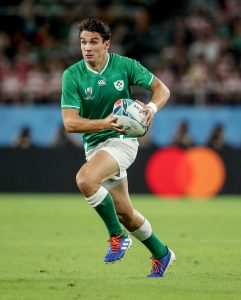 Like his fellow Athy native Carbery, Loughman has made the switch from Leinster to Munster. He has certainly reaped the benefits of this move, amassing 38 caps and two tries under Johann van Graan.

Despite the ferocious competition for places, Kill man Tracy remains a regular fixture in Leinster match day squads. A six-time international and a Champions Cup winner in 2018, the industrious hooker recently surpassed the 100 provincial caps mark.

Although Lucan could lay as much claim to him as Celbridge, Moore’s rugby journey began at MU Barnhall in north Kildare. A back-to-back Six Nations winner in 2014 and 2015, the former Leinster and Wasps tighthead is now plying his trade at Ulster.

Alongside Carbery and Loughman, Maynooth’s Casey is one of three players on this team to have earned Leinster Senior Cup honours with Blackrock College. After lining out for his home province, the 6’ 8” lock subsequently spent a memorable decade at London Irish.

Though his career ended in controversial fashion, Brennan remains one of Ireland’s best imports to the Top 14. While his transfer to Toulouse effectively scuppered his international prospects – his 12th and final cap came in 2001 – it did garner two Heineken Cups for the Leixlip man.

After seeing his opportunities limited at Leinster, Beirne’s career was transformed during a two-year stint at the Scarlets. He later joined Munster in a bid to boost his international credentials and the Eadestown native was rewarded with a place in last year’s World Cup squad.

Whilst his professional career is only in its infancy, Connors has already made a sizeable impact. With 10 Leinster appearances and two tries to his name in the current term, the Donadea prospect is already on the cusp of a senior international call-up.

No ‘Best 15’ of the modern era would be complete without the presence of the bustling Naas No 8. An international centurion when his five Lions appearances are factored into the equation, Heaslip accrued 14 major honours during an extraordinary 13-year career. 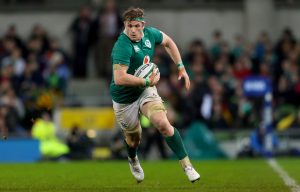 Joey’s On The Way Back