No GAA Championship until July at the earliest 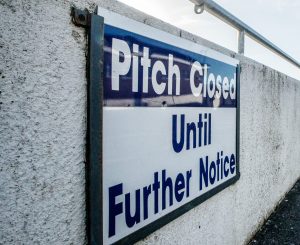 THE GAA released a statement today confirming that it is unlikely that there will be Championship until July at the earliest as the Covid-19 pandemic continues to wreak havoc with the sporting calendar.

In line with the government announcement last week the GAA have extended their own current restrictions of all activities until 5 May. Nobody in Kildare was expecting to play the first round of the football or hurling championships in April but they certainly won’t now.

The GAA statement in full reads:

“The GAA acknowledges last weekend’s Government announcement of the extension of current restrictions until 5 May and its impact on the scheduling of sporting events and working practices, and has factored the extension of the arrangements into its contingency planning.

To that end, the Association can confirm that club activity remains suspended until 5 May.

The Senior inter-county championships, scheduled to begin in May, will be postponed until further clarity on the current situation is available.

However, it is the Association’s view that it is highly unlikely these will be rescheduled any time before the beginning of July, at the earliest.

When sporting activity recommences, the GAA will accommodate both club and county games. The Association also intends to complete the Allianz Leagues, or at least those games that have a bearing on next year’s divisions, where possible.

A Special Congress, held remotely, will take place this Friday to propose decision-making flexibility to allow us vary competition structures, if required, in advance of resuming games.

In keeping with the approach of the Association since the start of this crisis, all of our decisions will be based on the advice of the medical professionals and the government.

Finally, the GAA would again like to thank our members and units for their support at this time and for continuing to adhere to the government guidelines,” it concluded.

The GAA has so far acted in line with what would have expected but the time for some really tough decisions is looming large. Although it is clear from today’s statement that they still hopeful of seeing Championship action this summer it is clear that the structures will have to be hugely altered and their next move will be an extremely interesting one.