THE KDFL Lumsden Cup has developed into one of the most exciting competitions in the Kildare sporting calendar and the final in particular is never anything less than captivating. 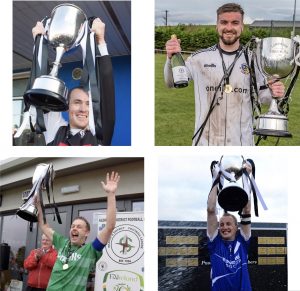 Over the next 25 days we’ll be featuring every single one of the finals on each day, from Suncroft claiming the league cup in 1995 all the way through to Clonmullion’s win last October.

There were two replays needed in the first four years, back when they were used to decide the games, and three finals in a row were decided by penalty shoot out, including the infamous final that never was in 2003.

Since then, four finals have been needed extra time to decide a winner and there have been some truly remarkable games. 97 goals have been scored in the 25 finals plus replays and we’ve raided the archives and will reliving them all. All the highs and lows, the twists and turns, and all the drama over the next 25 days starting tomorrow with the 1995 between Suncroft and Robertstown.

If you have any photographs from the finals, or indeed, any memories of great wins or losses, do share them with us on our Twitter or Facebook pages.