THE GAA have released the following statement on Anti-Doping: 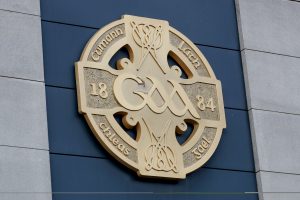 The GAA notes the reasoned decision made by Sport Ireland under the Irish Anti-Doping rules to impose a four-year period of ineligibility on Ray Walker (Carlow football) in relation to an adverse analytical finding following a positive test for meldonium on a sample collected from the player on February 18th 2020.

This is the fourth occasion since the introduction of testing of inter-county players began in 2001 that an adverse analytical finding has been recorded against a GAA player. On the previous three occasions, the players in question sought a Hearing from the GAA’s Anti-Doping Disciplinary Hearings Committee. On this occasion, the player has decided to accept the maximum penalty without recourse to a Hearing.

While it is ultimately the responsibility of individual players to be aware of the provisions of the Irish Anti-Doping Rules, including items on the Prohibited List, the GAA, in conjunction with Sport Ireland, and with the support of the GPA and of backroom personnel involved with all of its inter-county teams, has established an extensive anti-doping education programme for inter-county players over the last number of years.

The Association has trained a total of 46 anti-doping tutors and makes education available to its players through a combination of face to face workshops or through completion of the GAA’s online anti-doping course. In excess of 2,100 players received formal education in 2019 in this manner. To date in 2020, more than 2,200 players have completed formal education.

In addition, completion of formal Anti-Doping education before March 31st annually has been a pre-requisite for participation in the Government Support Schemes for inter-county players since 2018. For the record, last year 36 players on the Carlow Football Panel completed formal anti-doping education. As of today, 36 players in the 2020 squad have also done so.

Sport Ireland conduct well in excess of 100 tests per year on inter-county players (137 tests were carried out in 2019), both in competition and out of competition (i.e. at team training sessions). While the GAA is disappointed to note another adverse analytical finding, the Association remains committed to upholding the provisions of the Irish Anti-Doping Rules and will continue its ongoing efforts to provide education and advice to its players in this context.

No GAA Championship until July at the earliest