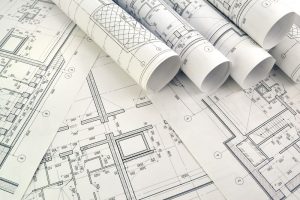 A 14-YEAR disagreement between industrial and agricultural neighbours was finalised this month when An Bord Pleanala (ABP) overruled a 2019 decision by the Kildare Co Council to allow a trucking firm retain an extended truck park, and a selection of already built shot-blasting and painting sheds.

Farmer and local historian Seamus Tracey from Ballytracy near Donadea, was finally successful in his appeal to the national planning body against the 6.38m (21ft) high sheds and ancillary works.

They were erected by his neighbour – Michael O’Shea Trailer Hire and Sales – without permission in 2018, and given conditional post-dated approval by Kildare County Council in June 2019.

“We’re very disappointed with the decision,” a spokesperson for Michael O’Shea said.

“We were only trying to improve work flow, and make access to the site [from the busy R407 Clane-Kilcock road] safer,” he added.

“We’re in the process of appealing the decision, and won’t be saying anything further until then,” he added.

The appeal can only be done by seeking a judicial review in the High Court, and must be lodged within eight weeks of ABP’s ruling.

The successful appellant Mr Cullen was approached for comment, but chose not to make any at this stage.

The disagreement between the neighbours in the rural location began in 2006 when Mr O’Shea was first refused permission to build an extended truck parking area on the site, as the location was zoned ‘rural’ in the Kildare County Development Plan (KCDP) 2005-2011.

He was subsequently refused permission to retain the parking lot two years later by the local authority.

Mr O’Shea tried again in 2010 and was successful, subject to a number of conditions, namely; there be only eight truck parking spaces, not 18; and that there be no repair works, shot-blasting or paint sheds built at the site.

However, this Kildare Co Council decision was overturned later that year by An Bord Pleanála following an appeal by Mr Cullen.

Mr O’Shea went ahead with his plans to improve his premises, and two years ago sought retention for three such shot-blasting, painting and drying booths, and a storage room with a total footprint of nearly 500 sq m.

He also sought new permission to build a 414 sq m new shed to the front of the existing booths with a roof to protect vehicles during the painting process, as well as a dust-collection silo (37 sq m) off the shot-blasting room.

He also applied to reduce the number of existing trailer spaces to one-third of those in situ, add a turning circle, 12 car parking spaces, 12 HGV parking spaces, and significantly, replace the existing, onsite percolation system with a new, ‘high spec’ foul treatment system.

However, after a 56-page submission by Mr Cullen and a series of site visits, An Bord Pleanála refused the O’Shea proposal on three main grounds.

Firstly, ABP cited the present KCDP 2017-2023 that “the site is located in a rural location…at a distance from any identified settlement or zoned land and…the use of such land shall be deemed primarily agriculture”.

Only secondly, did the planning authority note “the proposed development is…unauthorised..for the spray-painting and repairing…of lorry trailers and chassis..and that retention would facilitate this unauthorized use”.

Thirdly, they felt the development of such an industrial facility at this site would “have a very high proportion of HGV traffic…[causing[ a traffic hazard [on the R407]”.