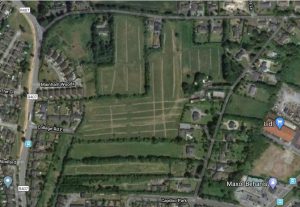 AN €80m housing development in the village of Clane was put on hold this week after a High Court judge set aside a decision to seek guidance from the European Courts of Justice (ECJ).

This was to rule on whether An Bord Pleanala’s (ABP) decision to grant permission under recent Strategic Housing Development (SHD) legislation was consistent with EU law.

Last September ABP granted permission to Palmerstown firm Ardstone to build 366 houses and apartments on an 11.4Ha (28ac) site at Capdoo, just 500m north of the village centre, between the Kilcock (R407) and Celbridge (R403) roads.

This decision was made under the 2018 SHD legislation, introduced to address the national housing shortage by fast-tracking applications of more than 100 units straight to ABP, and bypassing the local authority ie Kildare Co Council in this case..

However, four nearby residents took the only option available to them to appeal the ABP decision and sought a judicial review in the High Court which came before Justice Garrett Simmons last week.

This review was brought by the four neighbours to the proposed development primarily on their contention that ABP had failed to state the main reasons and considerations for granting the permission to Ardstone in accordance with 2011 EU Environment Impact Assement (EIA) laws, with regard to issues such as density, building height, and infrastructural impact on an already well-stretched village.

However, on day three of the High Court case lawyers for all sides approached Justice Simons and asked him to strike out the appeal, but did not reveal what agreements had been struck between the parties.

Justice Simmons refused to do this, as he felt ABP might have been in breach of EU EIA law on two counts.

These were failing to state the main reasons, and that in a pre-planning meeting between ABP and Ardstone in November 2018 from which the public were precluded, a planning officer from the State body advised the firm to increase the housing density on the application from 322 units to 366.

Justice Simmons is now seeking the ECJ advice on whether he can strike out such an appeal in agreement with all parties if there is a possibility it may be in breach of EU law.

In his ruling the judge argued that the alleged failure to state main reasons for the decision “may conceal another, perhaps more serious, breach of the public participation requirements of the EIA directive”.

He continued in his summation: “It is arguable that, on one reading of the [planning] inspector’s report at least, improper reliance may have been placed upon the pre-application consultation between An Bord Pleanála, the developer and the planning authority”.

He noted that all three parties in the action – ABP, Ardstone and the four appellants – all accepted the judge had the discretion as to whether or not he could strike out the proceedings, but they believed “the principal factor informing this…should be the views of the parties themselves”.

They all agreed in settling and believed that not doing so “would undermine public interest”, however, Justice Simmons chose to disagree and he referred the case to the ECJ.

No indication as to when this ruling might be expected was given.

Local councillor Aidan Farrelly who had originally opposed the development on issues of density, has welcomed this and called for “a greater level of transparency in the SHD process”.

“How can anyone accurately appeal a decision if the merits for making such a decision aren’t outlined?”  asks Cllr Farrelly.

“What possible agreement could the residents, An Bord Pleanála and the developer have come to which would provide grounds to seek consent to strike this case out in the first instance?” he asked.

“Are any party in a position to make promises to each other without making considerable alterations to the initial planning permission? If so, were there plans to resubmit the application with amendments?” he queried.

“The legislation protecting SHDs concerns me greatly – and this is a case in point. The local authority is effectively bypassed and ignored in the pre-planning process,” he pointed out.

“The purpose of introducing this legislation was to fast-track large housing developments through – but it’s deeply flawed and failing,” he argued.

“For the High Court Judge to suggest that the density of this project appears to have increased based on An Bord Pleanála’s opinion is significant; it calls in to question the ability for the board to independently adjudicate on the overall application if it has suggested an increase in density during the pre-planning process.

“The public infrastructure is simply not in place in Clane to fairly serve a population increase such as this overnight – our schools, public transport networks and healthcare facilities are all effectively at capacity. There’s no scope to provide parallel development for these critical services alongside large scale housing developments.

“We’ve seen bit-part evaluations of the process and legislation from Minister Eoghan Murphy as recently as last year – but this is fruitless. I would call on the Minister to consider the return of powers to the Local Authority in the first instance with regard to planning on all scales.”