“The Vikings got as far as Wood Quay, but they won’t get in here” 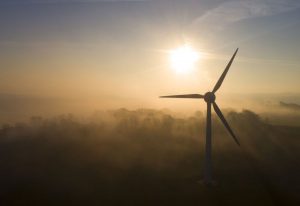 LOCALS in the Monasterevin area are getting set to fight plans for a wind farm on their doorstep.

In recent weeks, a Norwegian firm called Statcraft has been writing to residents in the Quinnsboro and Ummeras townslands – about 5kms north of Monasterevin, between the canal and the Barrow and the Bracknagh (L102) and Rathangan (R414) roads – to inform them of their plan.

Spokesperson for the local opposition Mary Fanning McCormack said residents were shocked by the letter,, with one going so far as to call it “disgusting” because it arrived on the Bank Holiday Friday (1 May) during a pandemic.

“The Vikings got as far as Wood Quay, but they won’t get in here,” she stated.

Read the full story in the Kildare Nationalist in your shops tomorrow Tuesday.