EPCR (European Professional Club Rugby) has announced that they hope to play their European finals on the weekend of 16 and 17 October.

“In the meantime, EPCR remains committed to making every effort to conclude the knockout stages of the Heineken Champions Cup and Challenge Cup season subject to official advice and with the health and welfare of players, club staff, match officials, supporters and the wider rugby community in mind. It is hoped that the 2020 finals could be staged on 16 and 17 October.” 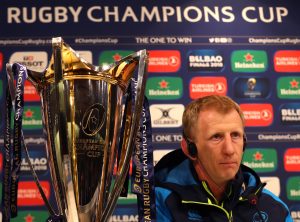 The statement also said EPRC are looking at potential changes to the format of the 2020/21 competition.

“Ongoing discussions with EPCR’s league and union shareholders regarding new formats have included the possibility of a 24-club Heineken Champions Cup with eight representatives from each of Europe’s leading league competitions, played over eight weekends. If adopted, any new format would apply to next season’s tournament only on an exceptional basis.”