‘Normal People’ star Paul Mescal ‘would have went on to have a very long and impressive career’ according to former Kildare manager Cian O’Neill.

By the time O’Neill took over the Kildare job ahead of the 2016 season, Mescal was already catching the eye at underage level and the new manager quickly earmarked him for a place in his squad. 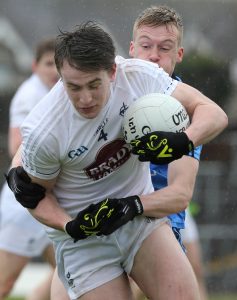 “It was my first year managing Kildare so I held trials. Paul would have been a standout player with the U-21s so he was selected for the pre-season squad,” O’Neill told the Irish Examiner.

“First and foremost, I was very impressed with his maturity, he was mature beyond his years for someone that young. Physically, he was very developed and very strong, he was strong in the tackle and a tight marker.

“I put him in the exact same vein as how I would have viewed Mark Dempsey coming up through the ranks in Kildare. Mark played every game in last year’s Championship. Who can say anything for certain but my personal belief is that Paul would have went on to have a very long and impressive career.”

Unfortunately for Kildare supporters, as much as Mescal loved the GAA his passion for acting meant he had to drop himself off the panel.

“It was going along nicely but the pressure had come on him that it was basically either football or his acting career. I think there were a couple of major stage pieces coming up that he couldn’t risk being injured for so unfortunately about halfway through pre-season he had to make the decision to step away,” said O’Neill.