Biker had no insurance or helmet, gardai say 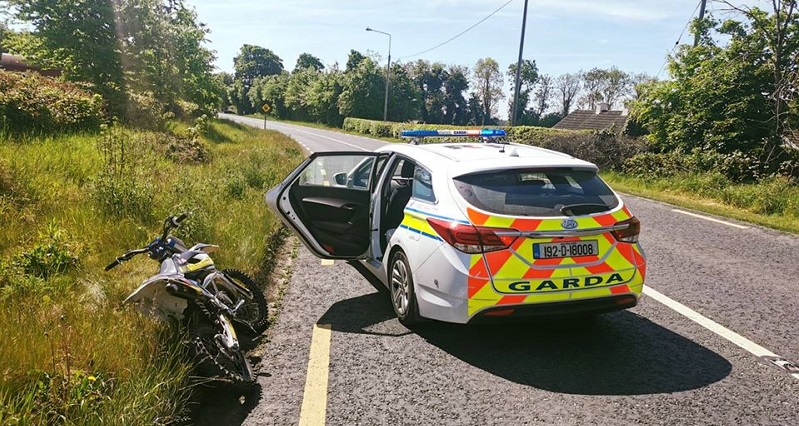 Kildare gardaí have seized a motorbike and charged a man with a number of offences.

Gardaí in Clane responded to a call about a male on a motocross bike in the Clane area, and subsequently stopped and seized the vehicle.

They arrested that individual, who was charged with a number of instances of dangerous driving and for having no driving license or insurance.

It was also alleged that he was not wearing a helmet at the time.