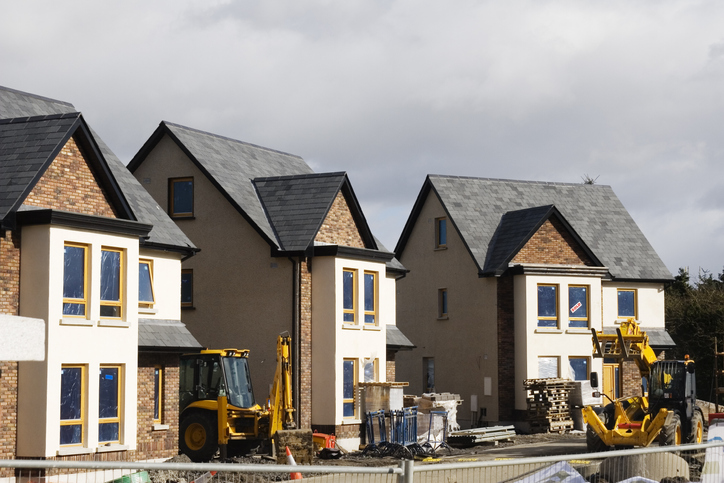 The level of social housing delivered by Kildare Co Council last year exceeded the target by almost 37%, according to new figures from the Department of Housing, Planning and Local Government.

2019 saw a new record level of public investment of €2.44 billion being made to support the delivery of housing programmes. To ensure accountability for taxpayers’ money, targets for each local authority area were set at the beginning of the year, the details of which were published in recent days.

In Kildare, that target was 547 and a total of 748 were delivered (+36.7%). That’s the third highest figure among local authorities – only Dublin City Council (1,231) and Fingal County Council (768) delivered more last year. The numbers delivered through build, acquisition and leasing programmes were 453, 271 and 24 respectively.

That included 32 new social houses in a development at Dunmurray Rise in Kildare town, funded under the Rebuilding Ireland: Action Plan for Housing and Homelessness programme and opened last November.

“We’re seeing that Rebuilding Ireland [programme] really delivering now both in Kildare and across the country,” said Kildare TD Martin Heydon, who welcomed the news and added that he looks forward to seeing “much improved delivery” in terms of affordable housing too.

Like many other sectors, Covid-19 has impacted on some elements of activity under the social housing programme in recent weeks and the Department has said it’s not yet clear how social distancing and other measures on building sites might impact the overall delivery in 2020.

The construction industry is included in Phase 1 of the government’s roadmap to reopen the country, which began on Monday 18 May, and Deputy Heydon said that should the delay in construction continue it would have a significant impact.

“I don’t think the last few weeks alone will be enough to delay things too much,” he said. “But, if the pause in construction was to continue any longer, I think that would be a significant impact.”