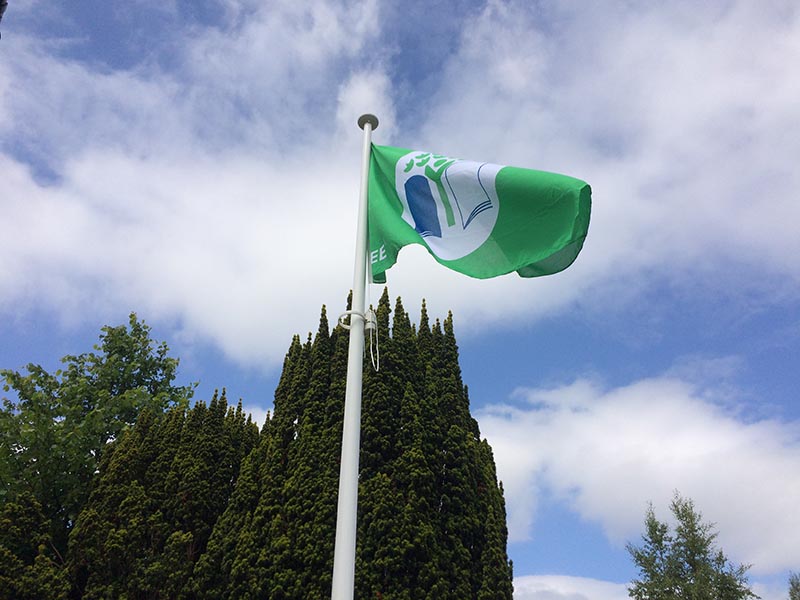 The 2019/20 academic year marks the 23rd year of the Green-Schools programme in Ireland. Despite the temporary closure of schools in March, the dedication of schools to submit their Green Flag application after a two-year effort to create sustainable environments in their schools has been described as both poignant and exceptional.

The Green-Schools staff who have been recently processing applications have been overwhelmed by the high standard and inspired by the positive actions taking place all over the country. A week of celebrations is taking place virtually from 25-29 May with Green-Schools officers, local authorities, sponsors, and communities commending the #GreenFlag2020 achievements made by schools.

Green-Schools Manager Cathy Baxter congratulated the awarded schools. “Well done to all the students and teachers all over the country who have worked so hard to achieve this award,” she said. “Seeing the creativity and positivity of thousands of young people taking action to improve our environment is truly inspiring. Congratulations to everyone involved.”

In 2020, schools diverted 2,500 tonnes of waste from landfill and saved an impressive 592 million litres of water, 4.4 million litres of heating oil and over 29 million units of electricity. Throughout the year, students contributed to lowering traffic-related emissions at the school gate by walking, cycling and scooting to school. To promote active travel, a total of 4,000 students received cycle training and 1,100 spaces were created for bike and scooter parking.

The installation of new vegetable gardens and bird feeders improved students’ knowledge of the importance of biodiversity, and 2,799 native trees were planted by students. Schools around the country learnt of the hazardous effects of climate change and marine pollution on our oceans, with over 86% of schools participating in #2MinuteBeachCleans. On completion of the Global Citizenship themes, schools tripled their knowledge about global issues such as food origin and FairTrade, and 79 % of schools increased their knowledge on the UN Sustainable Development Goals.