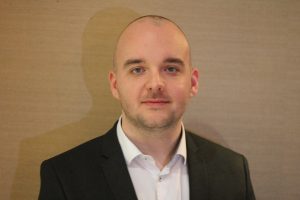 Between both applications, a total of 812 units are before An Bord Pleanála for decision. On the Boycetown, Kilcock project, Farrelly said the following;

“The Kilcock application started out as a project for 220 units – and by the time the two pre-planning meetings between the developer, the Bord and Kildare County Council – they’re planning to deliver 345 units. An increase of 57%.

“Yet again we see an example of An Bord Pleanála encouraging a significant increase in density in projects with little regard to the social infrastructure available to the current and potential residents. How can the Bord independently adjudicate on the decision having already encouraged the applicant to increase the density?

“From looking through the minutes of pre-planning meetings – significant wastewater constraints at the Lower Liffey Valley very much throw doubt on whether the infrastructure will be there to meet capacity.

“Those acting on behalf of the developer are also noted as saying they are ‘not keen’ on the childcare facility. Are we likely to see the developer seek an alteration to any permission granted to exclude this facility in the future?

“The developers own documents suggest a deficit of 173 school places. Where’s the parallel planning here?”

“The sheer density of the proposed development in Crodaun, Celbridge beggar’s belief. Delivering 467 units in Celbridge without providing any additional public transport or school places would be disastrous.

“The applicant has offered what I believe are below-par assessments of school capacity and public transport infrastructure – two extremely important pillars of life that are arguably at capacity without any increased pressure.

“The people of Celbridge deserve better than this, the childcare places as outlined on this application are far below the national guidelines. The impact on the roads, both during construction but more importantly, afterwards will be significant.

“I’ll continue to say it; the legislation protecting Strategic Housing Developments is extremely flawed – and the process isn’t even delivering the housing we need. Many developers are sitting on approved applications.

“We must return powers to the local Council – or at a minimum amend legislation to ensure the Department of Education, the National Transport Authority and other bodies are providing independent reports during the pre-planning stage.”