Majority of those who died with Covid-19 had underlying condition, figures reveal 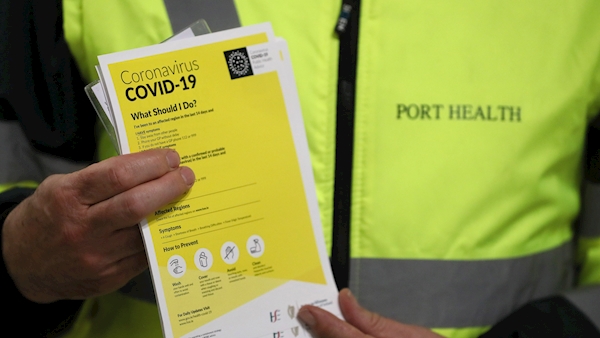 Almost three-quarters of people who died after contracting Covid-19 had underlying health conditions, figures from the CSO have revealed.

As of last Friday, there were 1,592 deaths related to the virus (with 249 of those classified as ‘probable’ cases as further lab results are awaited) with 1,166 people having underlying medical conditions.

The median age of those who died after contracted the coronavirus is 83, the figures reveal.

Figures released last night from the National Public Health Emergency Team said that 57% of the confirmed cases of the virus in the country are female. Despite this, as of last Friday, more men (695) than women (648) had died after contracting the virus.

Dublin has by far the most deaths with nearly 700 – the region with the second most deaths is the Mid-East (Kildare, Meath, Wicklow and Louth) with 253.

The South-East (Carlow, Kilkenny, Wexford, Waterford) has had just 38 deaths.

There have been 53 deaths between Cork and Kerry.

Speaking yesterday, Professor Philip Nolan, Chair of the Nphet Irish Epidemiological Modelling Advisory Group, said that the numbers that come in next week, will show the impact of ‘Phase 1’ in the roadmap to reopening the economy has affected the spread of the virus.

“Next week we will see figures that reflect the impact of Phase 1 measures on key disease spread indictors. It is our hope that the R-number will remain below one and our progress is preserved.”

Three men arrested in connection with burglaries in Skerries