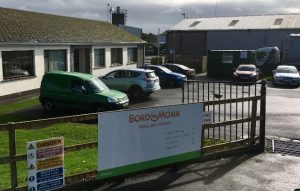 THE future of the 44 jobs at the Kilberry Milled Peat plant outside Athy may well rest on a decision by An Bord Pleanála that’s due to be made in the coming weeks, as an eight-year row between Bord na Mona (BnM) and an environmental group comes to a head.

Following a High Court ruling in the autumn to align state policy with EU environmental directives, it was held that a licence for any further commercial peat extraction on a location greater than 30 hectares (75 acres) would require both planning permission and an environment impact assessment (EIA). Sites of less than this, but greater than ten hectares would only require planning permission.

To regularise its position on harvesting already done, Bord na Mona (BnM) applied to the planning board for ‘substitute consent’ – which is essentially a form of retrospective consent (or retention) for any development requiring an EIA – for six of its bogs around the Midlands. One of these is Ballynafagh bog near Prosperous, which supplies the Kilberry plant with its raw material, which is then processed into potting compost.

On 6 May, An Bord Pleanála seemed to lean in favour of BnM’s position and gave the company ‘leave to apply for substitute consent’, which a spokesperson called “a very important decision” in the company’s pursuit of a licence to harvest “which should be submitted [to An Bord Pleanála] next week”.

“The decision on the peat harvest is important for Kilberry, Derrinlough Briquette Factory and Edenderry Power Station,” said Pat Sammon, the spokesperson for Bord na Mona.

He was of the opinion that this timing would not materially affect this year’s harvest because “milled peat usually starts in May and kicks on in June”.

“Plans for Kilberry are to continue operating, and the Bord Pleanála decision is a big help towards that,” he said.

However, last week Friends of the Irish Environment, the group that brought the High Court action last year, issued a solicitor’s letter to Bord na Mona in Newbridge warning that, in its opinion “[an application] for ‘substitute consent’ does not permit peat harvesting to recommence …[and] industrial peat harvesting may not recommence this season”.

“If any works or development is carried out without consent, we are instructed to commence proceedings pursuant to section 160 of the ***Planning and Development Act, 2000***,” said the letter from O’Connell Clarke Solicitors.
“A decision to grant leave to apply for substitute consent simply permits a further application for substitute consent. In no way is development authorised by these decisions,” said Tony Lowes of Friends of the Irish Environment.

The letter has also been circulated to groups supporting and promoting private turf-cutting as well, including Luke Ming Flanagan MEP and Michael Fitzmaurice TD.
“We have spent eight years in the courts simply to have the requirements of the ***Environmental Impact Directive*** applied to this industry,” said Mr Lowes. “We believe that when the consequences of this activity are properly and fully examined, it will be obvious that our bogs must urgently be rewetted to meet our biodiversity commitments, to attenuate flooding, and to allow them to return to their natural function in absorbing greenhouse gases,” he argued.
This was conceded by Mr Sammon, who explained how Bord na Mona has been actively diversifying as an energy company over the last number of years. He pointed out that in just the last seven years Bord na Mona’s annual harvest has reduced “from six million tonnes a year to less than one million”.

“The decarbonising quotas have done that over the years,” he said.
“The company has its ‘Brown to Green Strategy’ that looks to move the company from traditional operations into alternative energy, as well as recovery and recycling,” he explained.

He also referenced the company’s ‘land rehabilitation programme’, which has employed 200 people who previously worked in extraction. “This involves raising the water table on bogs, engineering berms [dams] and blocking drains. We have to manage 50 years of topographical change,” he explained.

‘Christy Moore’ on Lockdown in Kildare

Check out what’s on offer right on your own doorstep