THE Football Association of Ireland have released an update in light of the announcement made by An Taoiseach Leo Varadkar earlier today. 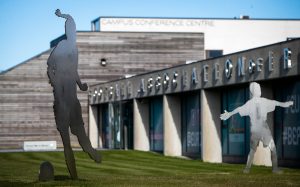 ‘THE Football Association of Ireland welcomes the new measures announced by An Taoiseach Leo Varadkar and Ministers Shane Ross and Brendan Griffin today, as we continue to work on a safer return for all football under the jurisdiction of the FAI, in the wake of the COVID-19 pandemic.

These guidelines will come into effect on Monday, June 8th, and will have a positive impact on the plans for the SSE Airtricity League, the Women’s National League, adult amateur and underage football and all other affiliates.

Welcoming the Government announcements, FAI Interim CEO Gary Owens said: “The new measures announced today by An Taoiseach Leo Varadkar and Ministers Shane Ross and Brendan Griffin, are most welcome and positive for football and for all sport in Ireland.

“We thank the Taoiseach, the Ministers and all the staff at the various Government agencies who have worked so hard to get us to this point. Those agencies have offered us great assistance as we move towards a safer return for football for all our players, coaches, match officials, administrators and club volunteers.

“We still have a long road to travel in the battle against COVID-19 but sport has a huge rule to play in Ireland’s recovery and these new guidelines will help get us back on the playing field as soon as it is safe for all our stakeholders.

“We again thank all those working on the frontline for their dedication in the fight against COVID-19 and for their contribution in getting us to a point where we can plan for live sport again.”