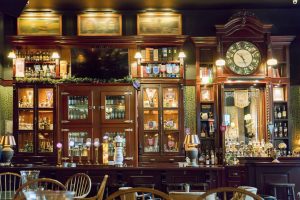 PUBLICANS’ representatives have welcomed the government announcement that pubs will reopen on 20 July, three weeks earlier than originally planned.

A decision was also made today that pubs that serve food can reopen at the same time as the rest of the hospitality sector on 29 June.

Both the Vintners Federation of Ireland (VFI) and the Licensed Vintners Association (LVA) said this will come as a “major relief” to the pub sector across the country.
Both organisations also welcomed the commitment made by Chief Medical Officer Dr Tony Holohan that the National Public Health Emergency Team will develop guidance for the hospitality sector in the coming days and that a review of the two-metre social distancing requirement is being undertaken by secretaries-general across different government departments.

“This is a welcome shot in the arm for publicans, who will have been closed for more than four months by the time they reopen on 20 July,” said Padraig Cribben, VFI chief executive.

“Pubs were the first sector to close on 15 March, a decision our members supported for the good of public health.

“Moving the reopening of pubs to July means publicans can avail of an extra three weeks’ trading, something that is particularly relevant, as it extends the summer season. While the government’s announcement will come as a major relief to the trade, it shouldn’t mask the precarious future faced by pubs. Altering social distancing guidelines to one metre remains a priority, as this would give publicans some chance of running a viable business until a time when social distancing rules no longer apply,” he added.

Donall O’Keeffe, LVA chief executive, said that after a prolonged period of uncertainty, pubs which serve food are relieved to finally receive the green light from government that they can definitely reopen along with restaurants on 29 June. “We were consistent in advocating for pubs to receive the same treatment as other hospitality businesses that serve food and drink, so we are pleased that the government has taken this on board in the adjusted reopening roadmap,” he said.

“Attention throughout the sector will now switch to what guidelines will be in place for the reopening. Pubs will need time to adapt their premises to address the guidance, so we are eagerly awaiting the advice to come from NPHET,” he added.

“As our recent capacity report showed, utilising the World Health Organisation (WHO) social distancing guidance of one metre will make a substantial difference to businesses’ viability and we hope that will be addressed in the hospitality sector guidance,” said Mr O’Keeffe.

“Pubs will adapt and while it may take time for our valued customers to become accustomed to this new reality, it’s important to remember this won’t be forever and a strong and vibrant trade will emerge at the end of this crisis,” concluded Mr O’Keeffe.