Harrington back with a bang

IRISH racing returned at Naas Racecourse on Monday and Jessica Harrington returned with a bang with a treble. 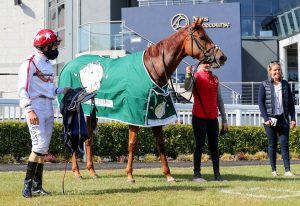 Jockey Shane Foley was on board for all three of Harrington’s winners and he went one better by riding a fourth winner for Leanne Breen.

The Harrington/Foley partnership were second in the first race of the day behind Seamie Heffernan on the Aiden O’Brien trained More Beautiful.

Their first win of the day came in the Irish Stallion Farms EBF maiden when Lucky Vega held off the strong favourite Lipizzaner.

Foley then won the Clinton Higgins Chartered Accountants Handicap for Breen on the 18/1 shot Parkers Hill.

Foley and Harrington were at it again when huge outsider Punita Arora came storming home to win the Kuroshio At Compas Stallions Committed Stakes. 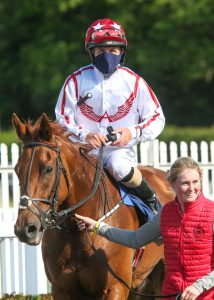 There was another second in the Irish Stallion Farms EBF fillies maiden with Aunt Bee before a memorable first day back on the job for Harrington and Foley was rounded off by Masterofthefoxhounds taking the final race.

The big talking point of the though was the performance of the Denis Hogan trained Sceptical in the Anglesey Lodge Equine Hospital Woodland Stakes. After winning his last three on Dundalk’s all weather surface, the horse, who cost just £2,800 to buy, showed he could do it on the turf as well and raced away from the other contenders to claim his fourth successive victory.

Davison reaching for the stars at Naas