Pandemic effect on crime – theft down, domestic violence up 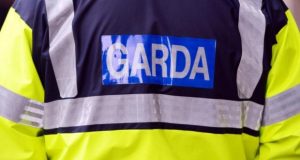 CRIME figures for the last three months have shown a “significant reduction”, according to Garda figures released this week, with burglaries cut by almost a half (44%) for March, April and May.

This was the case across the board with muggings down by almost two-thirds (62%), shoplifting by 39 per cent, and general robbery by 30 per cent.

“An impact of the national response to the Covid-19 pandemic is that thefts, in general, have reduced but crime has not stopped and criminals continue to look for opportunities to exploit,” a spokesperson.

He pointed out, that despite these large reductions, “in excess of 2,000 burglaries were still reported in this period”, as were nearly 4,000 cases of shoplifting.

Also, though car theft also almost halved, there were still 540 vehicles taken, as well as 1,100 bicycles.
Unfortunately calls relating to domestic violence and charges of resisting arrest and assaulting gardaí were up by 25 per cent each.

We have maintained our focus on protecting the vulnerable in the current situation, and early on we put in place a specific operation to help victims of domestic abuse, as well as encouraging all victims of this crime to report any concerns they have to us,” said Deputy Commissioner, Policing and Security, John Twomey.

To combat these particular hikes, the gardaí have put in place two specific initiations -Operation Soteria, to target assaults in public places – and Operation Faoiseamh, to support all victims of domestic violence.

Related to the latter operation, gardaí have noted an increase in TUSLA notifications, consistent with the increase in domestic abuse calls as, where children are present, it is Garda policy to notify TUSLA.

Fraud-related crime has seen a significant jump in this period with account takeover fraud up by 56 per cent, and phishing up by 45 per cent.

Whilst controlled drugs offences were up by 10 percent, and possession with intent to supply by 18 per cent, during last month alone, An Garda Síochána has made drug seizures in excess of €4.15 million.