Where were you 30 years ago today?

TODAY marks the 30th anniversary of one of Ireland’s greatest ever sporting moments, maybe even one of the greatest moments in our country’s history.

The day when Packie denied Timofte, the nation held their breath and David O’Leary did the rest. 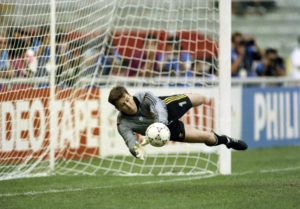 You could argue long into the night over whether either of Ray Houghton’s winning goals at Euro ’88 or USA ’94 or beating Romania on a penalty shoot out out to qualify for the World Cup quarter-finals at Italia ’90 was Ireland’s best moment in the Jack Charlton era but there is no doubting what this day 30 year ago meant to those who lived through it. 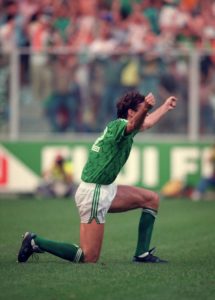 We want to hear your stories. Where, and with who, did you watch the game? Do you have photographs of the celebrations around Kildare? Were you at the game? Let us know and join in the memories.