ERIC Donovan will make his Sky Sports debut on 14 August in week 3 of their Fight Camp series. 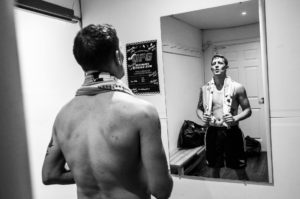 It is the platform that the Lilywhite Lightning has craved since he turned professional and it gives the Irish champion a whole new audience to showcase his talents in front of.

His opponent, Zelfra Barrett, is a big step up on those that he has previously fought in the pro ranks and a win for the Athy man would elevate him right to where he wants to be, in contention for a European title.

Donovan will compete in the third of three weekly behind closed door fights at Matchroom Boxing Headquarters and given that the event boxing events in the UK since the sport went into lockdown the fights are sure to attract huge attention.

Donovan has paid his dues and now it’s his time to shine in the spotlight.