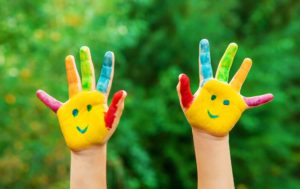 THE childcare crisis in Naas is set to get a lot worse with the closure of a 32-place crèche on the Craddockstown Road this week adding to the failure of three developers in the area to provide 140 additional places as planned as far back as 2016.

Sisters Jennifer McLoughlin and Tracey Boland have run the Friendly Faces crèche for 32 children (with 35 on a waiting list) for the last decade.

Last June they were given a generous 12 months notice with which to find an alternative premises. However their five-year lease expires today (30 June) without a viable alternative found.

The situation for the town is made far worse as plans for the provision of an estimated 140 extra crèche places expected with the completion of 525 houses in three developments at Castle Farm (Ardstone; 180 units), Oak Park (Cairn Homes; 228) and Piper’s Hill (Ballymore Properties; 117) have either been cancelled in favour of more houses and apartments, or left until all houses in the estate are sold.

“Oh no, we’re out. We couldn’t find anything,” said Jennifer McLoughlin earlier this week, who ironically had been in early negotiations with Cairn Homes to operate their planned crèche until they changed their plans.

“We had some conversations with [another] developer in Naas town, but nothing will be ready until some stage in 2021,” she said.

“I’ve only had the phone conversation. There’ll be apartments and shops and a unit for us for a crèche, but when and where I don’t know,” she said.

Ms McLouglin will continue to run an after-school programme for children in Naas Community Primary School, however this is only for an hour each afternoon.

“I’ll do it myself, there’s nothing there for my staff to be dragging them from places like Portlaoise for an hour,” she said.

“What can we do? Just wait and see can we open again next year,” she said.

“We’re still getting emails from parents looking for spaces for their kids because they’ve got nowhere to go – and that’s on top of our own kids!” she pointed out.

She wanted to thank her parents who were “amazing”, and Cllr Vincent P Martin who “came back with one possible option, but it wouldn’t work for us”.

Local councillor Bill Clear – whose submission earlier this year on Cairn’s application to replace their planned crèche with another 12 houses helped prompt them to withdraw this – commiserated with Ms McLouglin’s plight.

“I’m very sorry to hear her crèche is closing due to landlord issues,” he said.

He suspected any additional creches in the area would not be built until “every last house is sold…and they build it last”.

“That’s the wrong way to do things…but it’s very hard to get crèche space in Naas, unless it’s built by these developers,” he said.

“Again, we need to build social infrastructure first and not continue being developer-led and building these last, if at all,” he said.

“The council have in the past allowed developers not build a [planned] crèche by allowing them supply a ‘Creche Need Report’ about the area, however under the new cohort of councilors this practice is coming to an end and won’t happen again,” he stated.

He suggested there was talk “above my pay grade” that the council was planning to start building smaller “community crèches” funded by development levies, but this could not be confirmed.

However, Cllr Clear is aware on the extreme pressures on the town of Naas these days.

“There’s no space in Naas. Even the council had to go to Kildare town for new offices,” he revealed.

“There’s no unemployment, and 12,000 people come to Naas to work every day.

Everywhere is taken up, and there’s nowhere empty,” he pointed out.