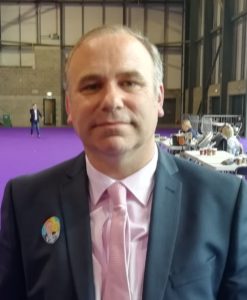 FINE Gael councillor Mark Stafford is the new cathaoirleach of Kildare Co Council. He was elected unopposed at this afternoon’s AGM which took place with social distancing protocols in the Town Hall in Newbridge.

He was proposed by Cllr Ivan Keatley and seconded by Cllr Anne Connolly who pointed out that his uncle Tom Byrne had served as a councillor from 1955 to 1974 and had never had the honour of holding the position of chairman, while his cousins Jimmy and Fiona O’Loughlin had both served in the chair.

Cllr Stafford is a native of Rathangan and is a Kildare town based solicitor.