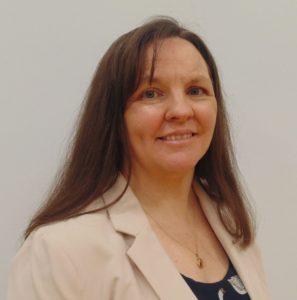 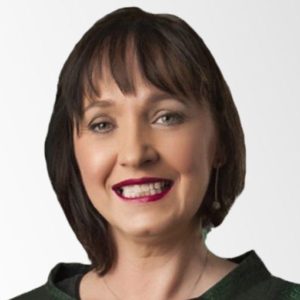 Senator Fiona O’Loughlin…There is absolutely no evidence for this, apart from the author of the piece

THE two most senior Fianna Fail representatives in Kildare South have dismissed claims by the Aontú party that it is losing members to them as “opportunistic”.

“God almighty! It’s gas!” said Senator Fiona O’Loughlin when the claims were put to her.

“I have been speaking to all members in the constituency over the last few weeks discussing the Programme for Government, and I haven’t heard of one person leaving,” said the Senator.

“Surely if there was a time to do it it would’ve been before the General Election,” she said.

“This is news to me,” said Cllr Suzanne Doyle Mayor of Kildare Co Council.

“This is opportunistic, and I’ve had no notion of it. They’re just planting seeds, but they’ll get nothing from it,” she added.

Earlier in the week Aontú’s candidate for Kildare South, Anita Mhic Gib from Kilcullen said she has received  “a  significant number” of phone calls from Fianna Fail supporters, some members and even ex-members across the county who are “furious with the direction and leadership of Mícheal Martin”.

She claimed that “disgruntled members of Fianna Fáil in Kildare, worried about the Programme for Government and the party’s collapse in the polls are exploring other parties, with many leaving fearing that FF is in danger of complete oblivion if it enters into an historic coalition with Fine Gael”, and quoted an unnamed opinion poll putting Fianna Fáil at just 13%.

“We have seen dozens of new members join from a Fianna Fáil background in the last fortnight in particular,” she claimed.

However, this was dismissed by Senator O’Loughlin.

“I haven’t heard of one person leaving,” she said.

“Is she trying to make herself relevant in case we get another General Election?” she surmised.

“Are we worried? Not in the slightest,” she added.

Yet Ms Mhic Ghib refused to let up.

“They are upset, angry, sad and disillusioned and attribute the party’s collapse in the polls directly to the Fianna Fáil leadership, who they say are going in a direction that is far removed from the grassroots membership.

“I really feel for them; these were the foot soldiers, the people who worked tirelessly, canvassed, leafletted and  now wonder why they bothered.”

“Here in Kildare , we have seen a spike in interest and contact over the last few days by phone and through our social media accounts”.

“Aontú’ is only 16 months old but in that short time many people have left Fianna Fáil, Sinn Féin and the SDLP to join our new movement”.

“We have held a number of public meetings in towns where half the local Fianna Fáil cumann and half the local Sinn Féin cumann were in attendance,” she claimed.

However, this was again dismissed by Senator O’Loughlin.

“There is absolutely no evidence for this, apart from the author of the piece,” she asserted.